BBC has just announced via Twitter their representative for Eurovision 2015 will be revealed on Saturday 7th of March during the broadcasting of BBC Red Button, right after The Voice UK: 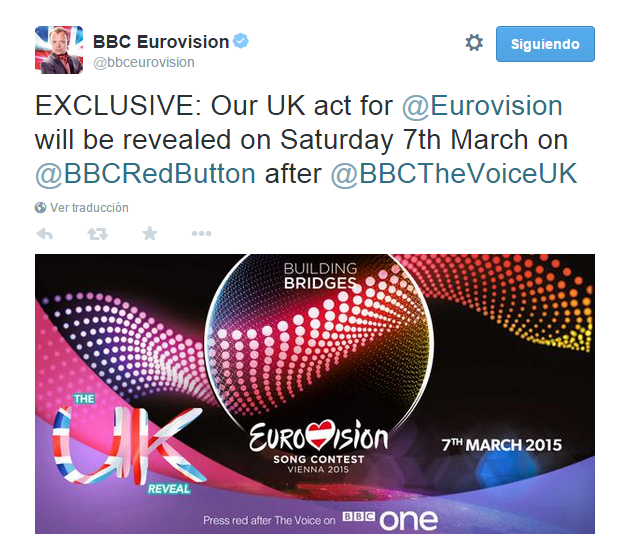 Molly represented the United Kingdom at last year’s Eurovision with the song “Children of the Universe”. Despite being one of the favourites to get the trophy, she ended 17th.

Who will be Molly’s successor? Stay Tuned!