Yesterday, it was announced that Elhaida Dani will not perform “Diell”, the song with which she won Festivali i Këngës in December. Due to personal reasons, the creator decided to withdraw the song from the contest and now Elhaida will sing a different song in Vienna in May. As ESC+Plus reported, the singer made an announcement on her Facebook in Albanian and she later posted the same in English: 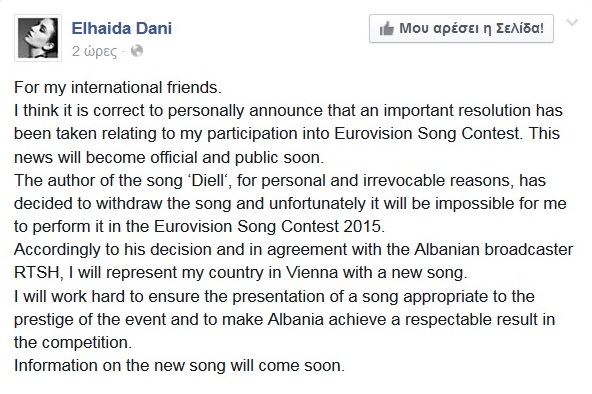 It has been now revealed that her Eurovision entry will be called “I’m Alive” and it is written by Zzap & Chris who are both from Kosovo. It has not been announced when exactly we will hear the new song but according to the singer, we will find out soon enough.

This news is also confirmed by the Albanian public broadcaster RTSH.