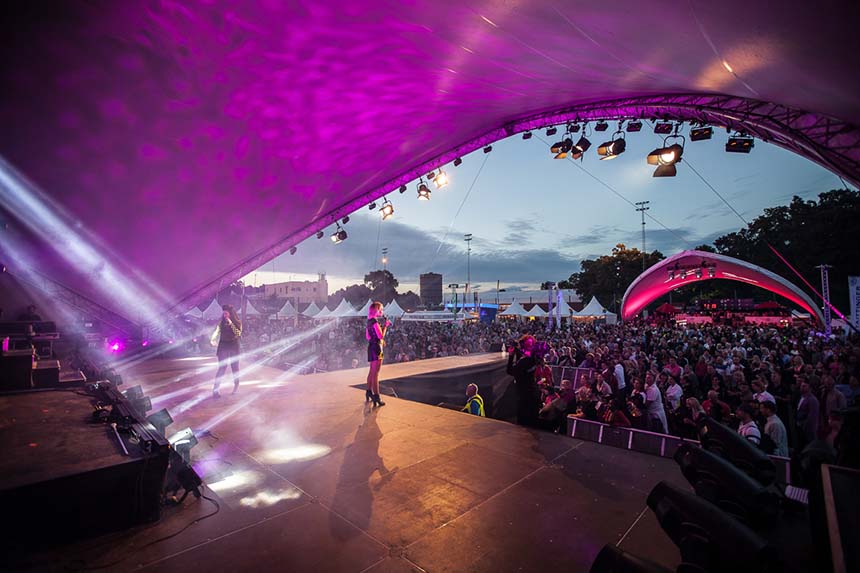 It is this time of the year where Stockholm is gearing up to embrace some sort of celebration, glitter, wind-machines, party and of course pride and talking about pride and all the mentioned stuff means that Eurovision and Melodifestivalen cannot be left apart. Sweden will hold its traditional Pride where previous Eurovision singers will sing in front of the big audience at Stockholm’s Östermalm IP on August 2nd. However, if you do not want to miss the parade, that will come two days later, on August 4th.

Today, the organization revealed two more popular ESC singers that will join the night on Thursday : Saara Aalto and t.A.T.u’s Lena Katina. The concert will kick off from 20:00 and if you get to be around during the date, you will be able to enjoy some of their biggest tracks for over three hours.

Nevertheless, get ready to spot on more Eurovision-related artists as the organization surely consider that fans do not want to miss the sound of the most popular music competition in the world. So, the following artists will also step onto the stage on Thursday:

Finnish pop sensation Saara Aalto admits feeling thrilled to be able to be part of this important event, where love and joy are all what matters. Aalto also revealed that the celebration will be one of her summer highlights and she cannot wait to spread a lot of love through her songs.

EuroPride 2018 started on Friday July 27th in Stockholm’s Kungsträdgården. The kickoff was arranged together with the festival “Putte i Parken”, where Gladys del Pilar, Evelina Olsén, and the world’s first all girl rock band, the Plommons. The event is being conducted in Sweden for the third time in 2018, and for the first time with two cities as organizers. This will challenge the concept of EuroPride and create a festive event that lasts three weeks, linking Sweden’s two largest cities together, Stockholm and Gothenburg.

Take a look at the full program where all the activites and performances can be found, by clicking HERE.