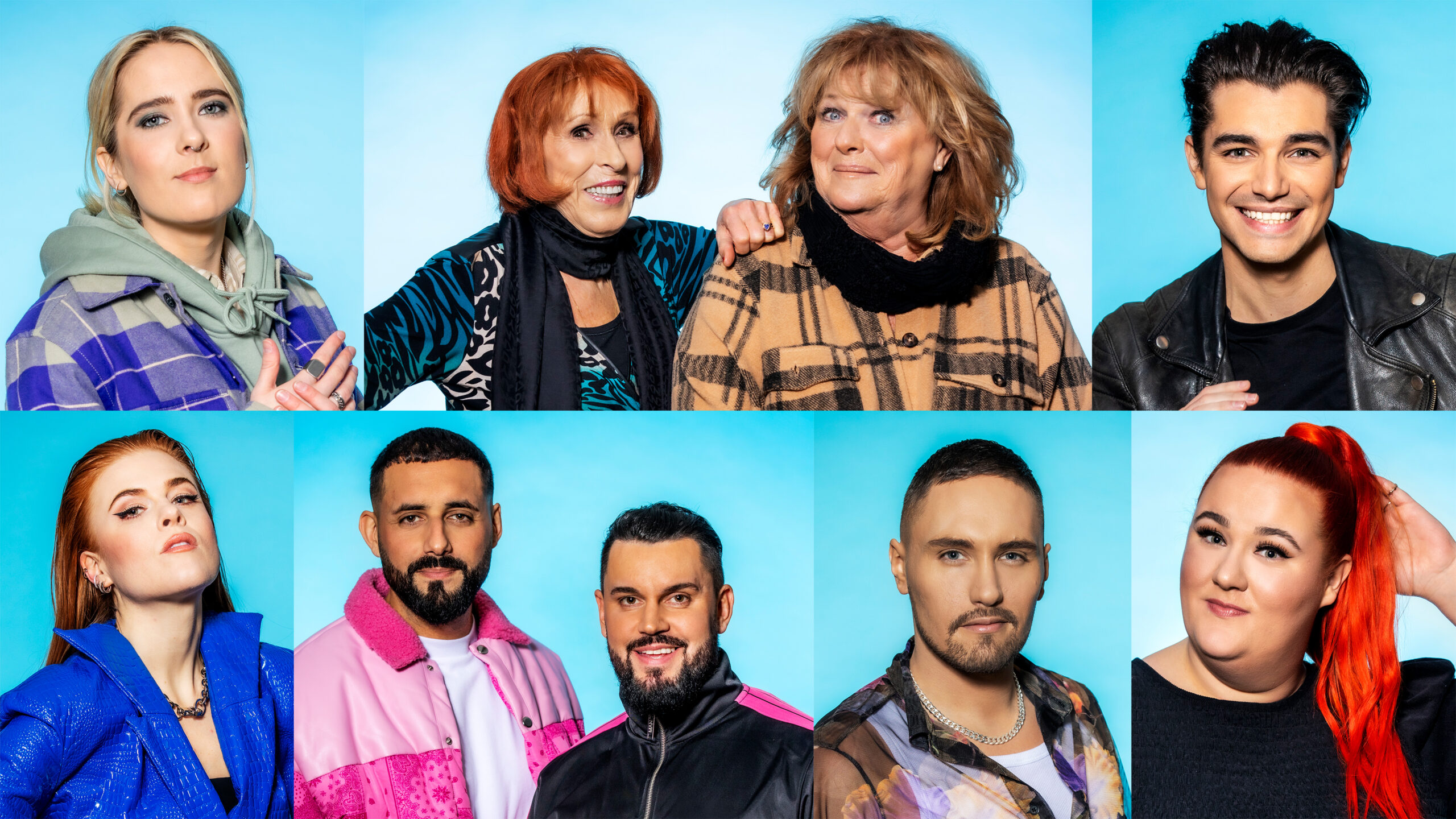 Melodifestivalen, the national selection that most fans are waiting for, continues in Sweden tonight!

The second semi-final of Melodifestivalen 2021 will be broadcast live from Stockholm at 20:00 CET. Below you will find all the necessary information regarding tonight’s semi-final. Hosts, artists, running order, backing vocalists and more!

1. Anton Ewald – “New Religion”
Text & music: Anton Ewald, Joe Killington, Maja Strömstedt, Jonas Wallin
Anton Ewald is back in Melodifestivalen as an artist. He has taken part twice, in 2013 and 2014, both times making it to the final. Since then, he moved to Miami, worked as a modern dance instructor and model but also with the star producer Rami Yacoub.
Anton about his entry: “My song was created when I sat down with the songwriters in a studio session. We came up with this bang-on melody for the chorus, and after that we just felt that we had the song, it was all set. You’ll get action, plenty of dancing, plenty of energy, and I’ll give it my all.”
Backing vocalists of the number (off stage): Lars Säfsund
Choreographers and performance creators: Lotta Furebäck, Sacha Jean-Baptiste, Jennie Widegren
Dancers: Robin Haghi, Daniel Koivunen

2. Julia Alfrida – “Rich”
Text & music: Julia Alfrida, Jimmy Jansson, Melanie Wehbe
Julia is the first artist that was revealed as a contestant of Melodifestivalen 2021. She made it in the final line-up through the radio contest “P4 Nästa”. Her career took off in 2019 with the single “Her”.
Julia about her entry: “The song is about self-worth and diversity, that we are all different but have the exact same value.”
Backing vocalists of the number (off stage): Melanie Wehbe
Choreographers and performance creators: Lotta Furebäck, Sacha Jean-Baptiste, Jennie Widegren
Dancers: –

3. WAHL feat. SAMI – “90-talet”
Text & music: Josefin Glenmark, Andreas Larsson, Sami Rekik, Christopher Wahlberg, Jesper Welander
The duo is making a debut in Melodifestivalen and the same time they will perform the 1000th competing song! Christopher Wahlberg (WAHL) is known as one half of the duo SödraSidan but has now gone solo. Sami Rekik was for many years one half of Medina, one of the biggest hip-hop acts in Sweden.
WAHL and SAMI about their entry: “The viewers can expect good energy, dance, nice colours and nostalgia.”
Backing vocalists of the number (off stage): –
Choreographers and performance creators: Lotta Furebäck, Sacha Jean-Baptiste, Jennie Widegren
Dancers: Keisha von Arnold, Lovisa Bengtsson, Lamin Holmén, Kenny Lantz

4. Frida Green – “The Silence”
Text & music: Anna Bergendahl, Joy Deb, David Lindgren Zacharias, Bobby Ljunggren
Frida Green makes her debut in Melodifestivalen 2021. She has sung in many baptisms, local events and funerals in her home area and has also been a backing vocalist for local bands. She reached the final of Sweden’s Got Talent in 2018.
Frida about her entry: “The song is like an energy source, it fills you up, it’s very grand.”
Backing vocalists of the number: Johanna Ekholm, Cedrik Hammar, Joanné Pastor Nugas
Choreographers and performance creators: Lotta Furebäck, Sacha Jean-Baptiste, Jennie Widegren
Dancers: –

5. Eva Rydberg & Ewa Roos – “Rena Rama Ding Dong”
Text & music: Ari Lehtonen, Kalle Rydberg, Göran Sparrdal
Eva Rydberg and Ewa Roos are two of the most beloved actresses and artists in Sweden. They have done theater, cinema and music. They have shared the stage many times but never the Melodifestivalen stage. Eva Rydberg took part in Melodifestivalen in 1977.
Eva Rydberg about their entry: “The song is merry, swinging and somewhat whacky. When the viewers will see our performance, I hope they will get to laugh and feel a little joy.”
Backing vocalists of the number (off stage): –
Choreographers and performance creators: Lotta Furebäck, Sacha Jean-Baptiste, Jennie Widegren
Dancers: Keisha von Arnold, Lovisa Bengtsson, Amir Ashoor, Kenny Lantz

6. Patrik Jean – “Tears Run Dry”
Text & music: Herman Gardarfve, Patrik Jean, Melanie Wehbe
Patrik makes his debut as an artist in Melodifestivalen but he has already won it as a song writer. He is behind last year’s winning song “Move” by The Mamas! In fact, “Move” was written by the same team that wrote his 2021 entry, “Tears Run Dry”. Patrik has already released two EPs.
Patrik about his entry: “My song is very much me. It’s the type of song where you don’t really know if you should cry, dance or perhaps cry and dance.”
Backing vocalists of the number (off stage): –
Choreographers and performance creators: Lotta Furebäck, Sacha Jean-Baptiste, Jennie Widegren
Dancers: Daniel Gürow Lundkvist, Lamin Holmén, Amir Ashoor, Kenny Lantz

7. Dotter – “Little Tot”
Text & music: Johanna ”Dotter” Jansson, Dino Medanhodzic
Last year’s runner up is back! After her big success with “Bulletproof” in Melodifestivalen 2021, Dotter will try once again to go to Rotterdam and wave the Swedish flag. Already at the age of ten she wrote her first song “Nobody Knows Me” on piano, and with her friends at school she formed the group Dizzy Woop. In 2014, she began to create music under the artist name “Dotter”, an artist name inspired by the fact that she sees herself as a “daughter to mother Earth”, given her strong commitment to nature, animals and environment.
Dotter about her entry: “My song is about getting aware of one’s ego. This might be even more fun than last year. When the viewers will get to see my act, they will probably think that it’s pretty maxed out.”
Backing vocalists of the number (off stage): Emelie Fjällström
Choreographers and performance creators: Lotta Furebäck, Sacha Jean-Baptiste, Jennie Widegren
Dancers: Keisha von Arnold, Amir Ashoor, Lovisa Bengtsson, Kenny Lantz