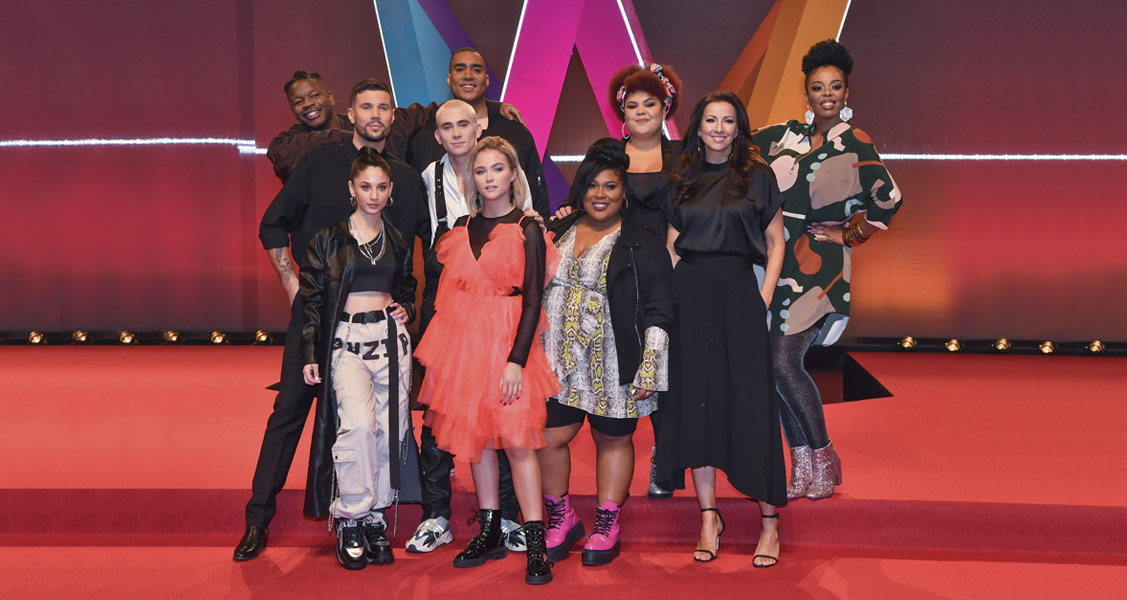 Melodifestivalen, the national selection that most fans are waiting for, kicks off tonight in Sweden!

The first semi-final of Melodifestivalen 2020 will be broadcast live from Linköping (SAAB Arena) at 20:00 CET. Below you will find all the necessary information regarding tonight’s semi-final. Hosts, artists, running order, backing vocalists and more!

1. The Mamas – “Move”
Text & music: Melanie Wehbe, Patrik Jean, Herman Gardarfve
The Mamas are back! This time, however, they take the spotlight! The Mamas are no strangers with Melodifestivalen, not even with Eurovision as they participated last year as backing vocalists of John Lundvik. The group members are Loulou Lamotte, Ashley Haynes and Dinah Yonas Manna. The fourth member, Paris Renita had already made plans after the Eurovision Song Contest and therefore left the group.
Backing vocalists of the number (off stage): Melanie Wehbe, Patrik Jean and Stran Cetin
Choreographers and performance creators: Zain Odelstål, Dennis Bröchner, Sacha Jean Baptiste and Lotta Furebäck

2. Suzi P – “Moves”
Text & music: Joy Deb, Suzi Pancenkov, Aniela Eklund, Malou Ruotsalainen, Chanel Tukia, Kenny Silverdique
The 17-year-old Suzi Pancenkov will make her Melodifestivalen debut with “Moves”. Suzi gained the fans’ attention via her covers which became viral on Instagram and YouTube. She was discovered in a Facebook live by rapper Linda Pira, who encouraged her to venture into music. She comes from a musical family and has grown up singing a lot with her sisters. In 2019 she made her debut as an artist, released three singles and was out on her first tour.
Backing vocalists of the number (off stage): Chanel Tukia, Aniela Eklund and Susanne Bertlin
Dancers: Keisha Von Arnold, Lisa Arnold, Edin Jusuframic and Lamin Holmén
Choreographers and performance creators: Sacha Jean-Baptiste and Lotta Furebäck

3. Robin Bengtsson – “Take A Chance”
Text & music: Jimmy Jansson, Karl-Frederik Reichhardt, Marcus Winther-John
Robin took part in Idol 2008, where he finished in third place. In 2013 he released his first single under the artist name B Robin. In 2016 he made his debut in Melodifestivalen and finished fifth in the final with the “Constellation Prize”. The following year he was back and won with “I Can’t Go On”, which finished fifth place in Eurovision.
Backing vocalist of the number (off stage): Erik Segerstedt
Choreographers and performance creators: Zain Odelstål, Dennis Bröchner, Sacha Jean Baptiste and Lotta Furebäck

4. Malou Prytz – “Ballerina”
Text & music: Thomas G:son, Peter Boström, Jimmy Jansson
Malou broke through when she made her way to the final of Melodifestivalen 2019 with “I Do Me”. She has followed up the success by releasing new music and performing in Sweden, and now she is back to try to top last year’s twelfth place.
Backing vocalists of the number (off stage): Isa Tengblad and Emelie Fjällström
Dancer: Maria Avatare
Choreographers and performance creators: Jonna Hökengren, Alice Gernandt (Ace Wilder), Sacha Jean- Baptiste and Lotta Furebäck

6. Sonja Aldén – “Sluta Aldrig Gå”
Text & music: Bobby Ljunggren, David Lindgren Zacharias, Sonja Aldén
Sonja won the Schlagerstjärnan music competition in 2004 and competed as songwriter in Melodifestivalen 2005 and 2006. In 2005 she was one of the backing vocalists of the Lithuanian entry in Eurovision. In 2006 she also participated in Melodifestivalen with the stage name Sonya. In Melodifestivalen 2007 she came back with “För Att Du Finns”, which became a big hit and led to her winning the Newcomer of the Year and Song of the Year at Svensktoppen. At Rockbjörnen 2008 she won Swedish Female Artist of the Year. In the 2012 Melodifestivalen she competed with “I Din Himmel”, which finished in sixth place in the semi-final.
Backing vocalists of the number (off stage): Dea Norberg and Emelie Fjällström
Choreographers and performance creators: Lotta Furebäck and Sacha Jean-Baptiste