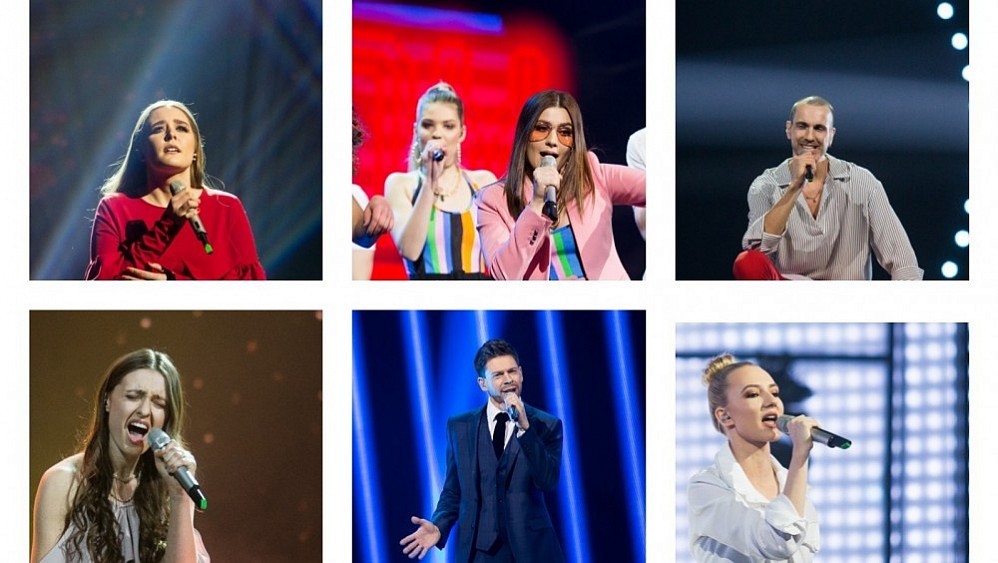 LTR is now reaching the last of the nine shows of “Eurovizijos Atranka”, tonight the grand final is taking place from Kaunas… who will get the ticket to Lisbon?

12 acts will compete tonight to be the one flying the Lithuanian colours in Portugal, all 6 contestants pre-qualified from previous heats of the competition, take a look at the line-up below:

The jury panel made up of music experts and TV media professionals will cast their say during the broadcast and their votes will be added up to the Lithuanian televote and the combination of both will then make up the final result where the eventual winner will automatically compete in the second semi-final of the Eurovision Song Contest 2018 in Lisbon on May 10th.

The winner and composers of the song will also be awarded a 3.000€ prize by LATGA (Lithuanian Association of Copyright Protection), an association which exercises the collective administration of rights in music, visual art, audiovisual art and drama.

Aside from the performances of all 6 finalists, Eurovisión representatives from Finland and Iceland, Saara Aalto and Ari Ólafsson will also perform their entries on stage.

Nine shows were initally set by Lithuanian broadcaster LTR in order to select their Eurovision entry and singer for Lisbon:

You can watch the show from 20:00 CET onwards by tuning into our multi-window live-stream platform, by clicking HERE