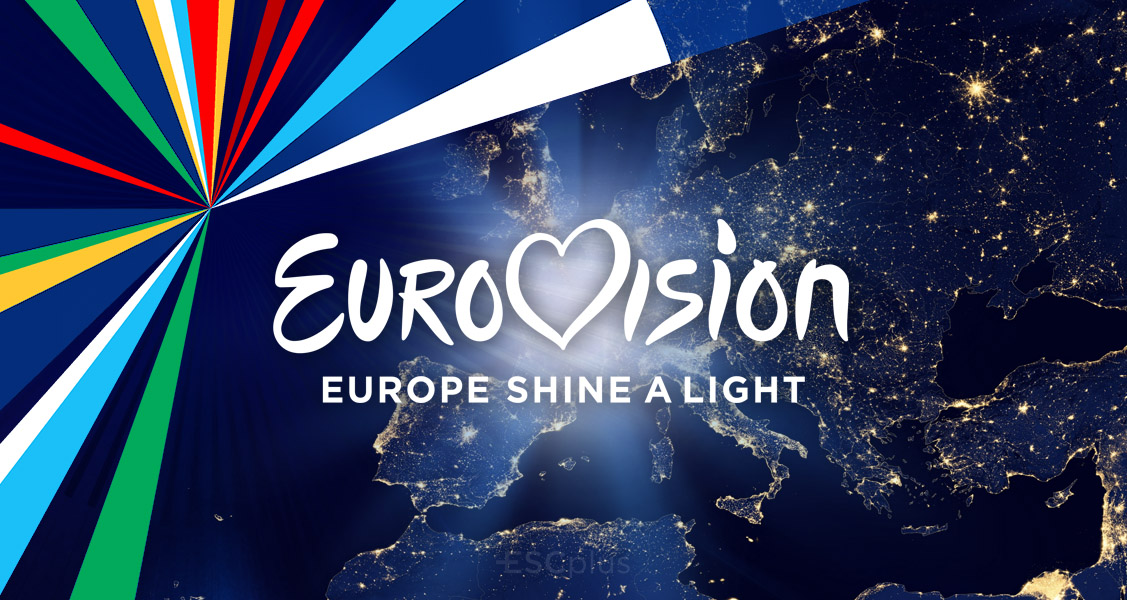 Once again the most anticipated Eurovision night of the year has arrived, but this time it will not be as we would have liked. When the 2019 contest ended in Tel Aviv with the victory of Duncan Laurance and we set out for the next edition to be held in The Netherlands, we could have never imagined that the 2020 Eurovision Song Contest would end up being cancelled due to the arrival of a health crisis like the one caused by Covid-19. But nothing will stop Eurovision and our passion, that’s why tonight we will be able to enjoy an alternative and non-competitive show with Europe Shine a Light, starting at 21.00 CET. The event will take place from the AVRO studios in Hilversum, The Netherlands, original venue of Eurovision 1958.

We were able to enjoy the Eurovision pre-season of this 2020as usual, until the last moments and even the participants from all the countries and their respective songs could be chosen; but when we still hoped to be able to celebrate the contest in May. A difficult decision had to be made, and the EBU decided to cancel the competition to protect us all. From that moment, the European Broadcasting Union (EBU) team and that of the host televisions NPO, NOS and AVROTROS, set to work to prepare against the clock an alternative event that would pay tribute to the artists who were going to take part in Eurovision 2020 and get a smile through music in these complicated moments, embracing the union between countries that Eurovision has always promoted.

This is how this Eurovision special was born, to which they had to first find a name and which was finally baptized as Europe Shine a Light. An idea that emerged from the title of a winning Eurovision song, specifically the one from 1997 that gave the victory to the United Kingdom: “Love Shine a Light” by Katrina and The Waves. A song that comes as a ring to the finger to the situation we are all going through because love must shine a light and Europe needs to turn on that light. This song will be the anthem of the show and will be performed by the 41 artists who were going to participate in Eurovision 2020, but in this case from their respective locations.

The focus will not only be on the 41 artists chosen this year since in the show we will have many invited artists and even the Eurofans will be part of this special day. Thus, we will see some viewers scattered around the world singing to the rhythm of another of the well-known winning songs in Eurovision history that describe very well what we expect from the current situation, “What’s Another Year” from the three-time Eurovision winner (two as a singer and one as a composer) Johnny Logan, a song with which he won the contest for Ireland in 1980. Is it another year? Yes, that is why together we will be strengthened to continue forward in the coming years.

Among the performances of the stars invited to this special show, we will meet the Eurovision 2018 German representative, Michael Schulte, accompanying Ilse DeLange from the duo The Common Linnets, who represented the Netherlands in 2014, to perform the song “Ein bißchen Frieden” with which Germany achieved their first victory in 1982 thanks to Nicole Hohloch.

Some recent Eurovision winners will also get us excited again, like Marija Šerifović who will perform the song that gave her victory for Serbia in 2007, “Molitva”, or the 2015 Eurovision winner from Sweden, Måns Zelmerlöw and his “Heroes”. We will also connect with the Eurovision 2018 winner, Netta from Israel, who will present us with an acoustic version of her new song “Cuckoo”.

But not only adults will be part of this Eurovision tribute, because the Contest’s little brother has also left its mark on history. For this reason, former participants of Junior Eurovision will join the show to perform together with Gali Atari the 1979 winning song, “Hallelujah“.

And continuing with Junior Eurovision, since 2014 all the winners of the children’s version of the contest have had the opportunity to travel to the senior festival where they make a brief appearance at one of the shows. Because of this, the Junior Eurovision 2019 winner, Viki Gabor, who achieved Poland’s second victory with the song “Superhero”, also had to have a spot tonight.

Another tradition is that the winner of the previous edition of the contest performs the song with which he won and take the opportunity to present a new song. Duncan Laurance will be able to keep the title of reigning champion for another year, but he will also be there tonight to perform his new song “Someone Else”.

The orchestra will also be back! A sequence with the Rotterdam Philharmonic Orchestra will give a classic touch to the show. In addition to many other surprises that we will have throughout the broadcast, such as the appearance of the Eurovision commentator on the British BBC Graham Norton and the Dutch YouTuber NikkieTutorials, some performances have not been revealed yet.

The reference to turning on a light in Europe will become a reality because in addition to the lighting of our televisions repeated throughout the planet, different monuments and emblematic places throughout Europe will be illuminated for the occasion. Among them, we will see the Eiffel Tower in Paris (France), the Atomium in Brussels (Belgium), the Acropolis in Athens (Greece), the Arena in Verona (Italy), the Presidential Palace of Cyprus and the National Theater of Opera and Ballet of Lithuania.

The hosts of this special event will be the same ones that were initially chosen by Dutch television to host Eurovision 2020. They are the actress and TV host Chantal Janzen, the host and singer Edsilia Rombley and the singer, TV host and commentator Jan Smit.

And if you prefer to watch online, Eurovision: Europe Shine A Light will also be broadcast live and in high definition (HD) through the official Eurovision YouTube channel, in the following video or through the ESCplus multi-screen system. UK viewers will be able to watch through the BBC iplayer platform.