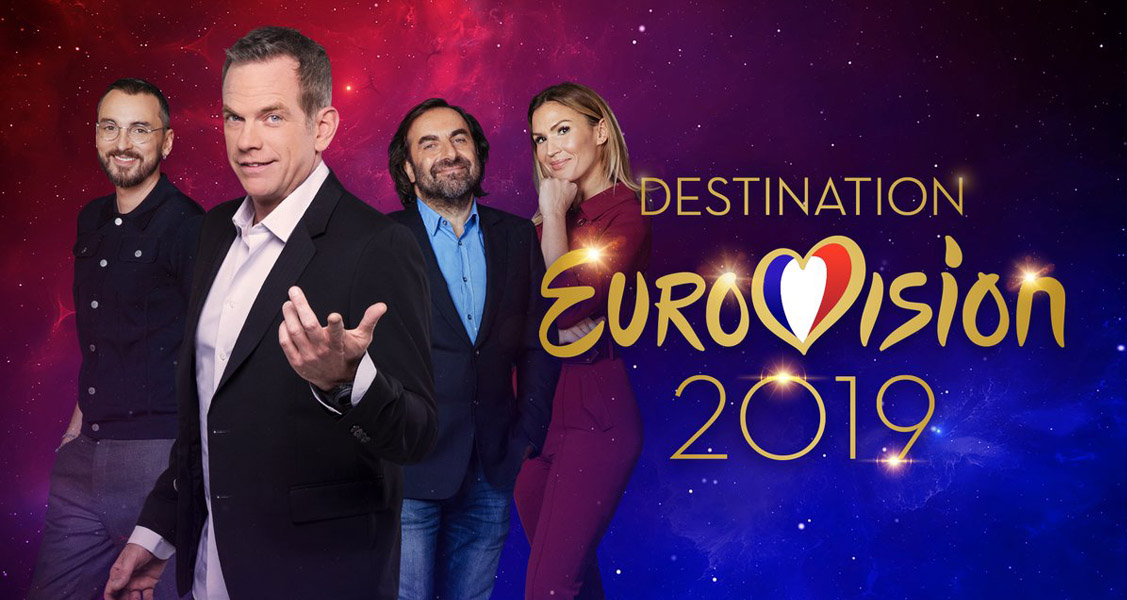 The search for the French representative in Tel Aviv continues tonight when 9 acts will perform in the semi-final 2 of this season’s Destination Eurovision.

The acts competing tonight are as follows:

In both semi-finals and the final, there will be a jury of international experts who will be voting for their favourite songs, their points accounting for 50% of the total (while the rest being televote points). The international jury for tonight’s show was previously identified as:

These jurors will vote in tonight’s semi-final only. The audience will also receive input from the French jury consisting of French singers/songwriters (André Manoukian, Vitaa and Christophe Willem) who will give their opinion on each performance but will not vote.

The audience will also be treated to an appearance by last year’s Eurovision winner, Netta.

Four acts will complete the line-up for next week’s grand final.   The qualifiers from last week’s semi-final are:

You can watch the episode which begins at 21:00 CET in the ESCplus multi-window viewer here.