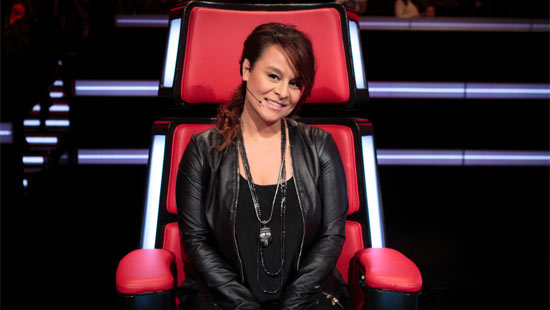 The Netherlands were one of the first countries to select their artist and they continued to be early, since they unveiled their song yesterday on the radio show ‘Gouden Uren’ on NPO2.

Trijntje has now presented her song “Walk Along” live for the first time during “The Voice of Holland” where she was coach back in 2012. Watch her performance below:

When talking about the song Trijntje remained very modest, saying that after Anouk and the Common Linnets placed well, she finally had the courage to participate in Eurovision as well. We all know that the Netherlands made a huge comeback to Eurovision with Anouk in 2013, placing 9th and that last year they came very close to winning with the Common Linnets. The question is, will Trijntje be able to take the trophy home? She definetely has a chance with ‘Walk Along’! This mid/uptempo song features Trijntje’s strong and unique voice in a way that’s new for her, along with a certain melancholy that was also typical for Anouk’s ‘Birds’, a certain catchyness that goes back to ‘You and Me’ by Joan Franka and of course the country elements seen in last year’s ‘Calm After the Storm’, which warped the Common Linnets to an unexpected 2nd place.

Trijntje also said some things regarding her performance. She said her stage name would remain ‘Trijntje (Oosterhuis), rather than something like ‘Traincha’ and that the foreign commentators just had to learn how to pronounce ‘Trijntje’. She also said that Anouk would most likely NOT join the backing vocals, she would just tag along to support Trijntje.

So what do you think? Will Trijntje be able to secure a 5th victory for the Netherlands? Let us know on comments!