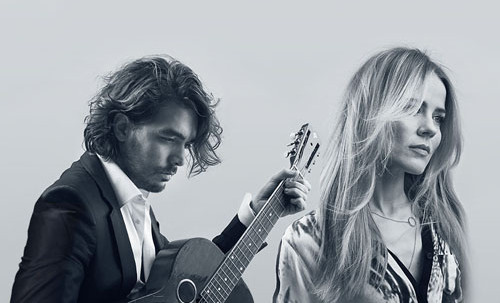 ”The Common Linnets”, the duet formed by Ilse DeLange & Waylon has been internally selected by TROS to represent The Netherlands at Eurovision 2014.

The announcement has been made public during a special press conference wich has taken place this morning in Wisseloord Studios in the Dutch city of Hilversum.

Ilse DeLange was born on May 13, 1977 in Almelo, Netherlands. She started her career at the age of 8 as a lip-synching artist, which won her several contests. De Lange drew greater attention after switching to a live repertoire in both regional and national talent shows in Hilversum (the Dutch city where most TV-programs are recorded). This helped her book some live-performances on national television. She formed a duo with guitarist Joop Liefland, who introduced her to country music.

Waylon is a Dutch pop singer with a retro soul- and rock-influenced style who rose to fame on the reality television show Holland’s Got Talent in 2008 prior to making his Top Five hit album debut with Wicked Ways in 2009. Born Willem Bijkerk on April 20, 1980, in Apeldoorn, Gelderland, Netherlands, he named himself after his idol, American country music outlaw icon Waylon Jennings.

The song they will perform in Copenhague will be presented early March.