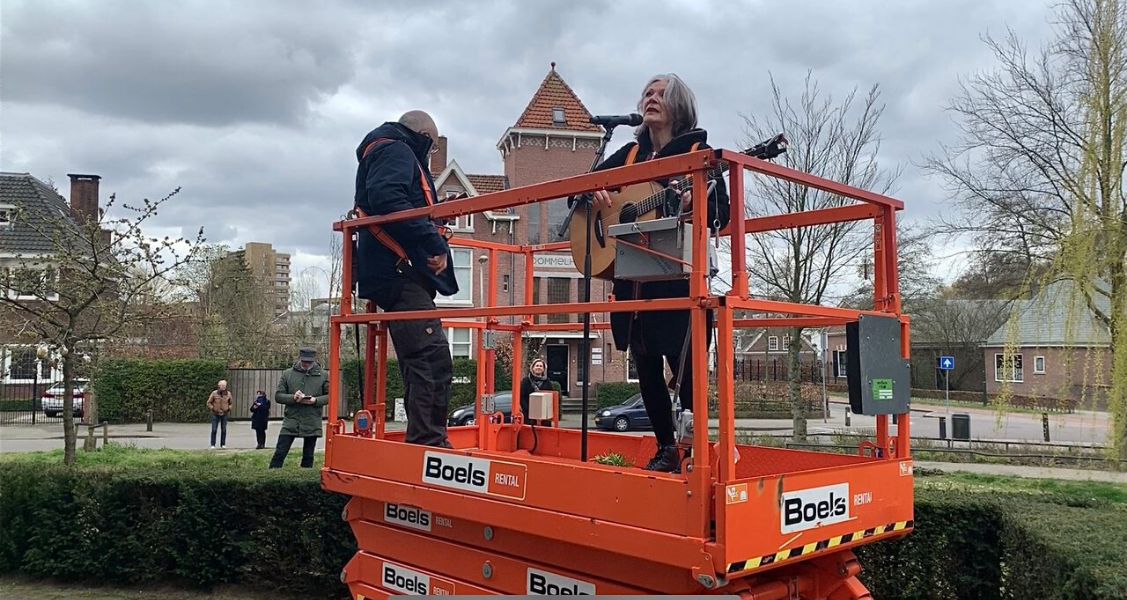 The planet is immersed in a long struggle to stop the Covid-19 pandemic, the virus that has caused a global health crisis.

The Dutch representative and winner of the 1969 Eurovision Song Contest (one of the four winners), Lenny Kuhr has decided to show her most caring side by going to the door of hospitals and residences to perform part of her musical repertoire, whose star song is ‘De Troubadour’, the song with which she won the 1969 Eurovision Song Contest held in Madrid.

Last Friday the artist performed several of her greatest hits in front of the Dommelhoef aan de Parklaan residence in Eindhoven, where she subsequently gave an interview to the media to extol the message of support and resistance to the Dutch population.

The artist herself had the courage to get on a mechanical crane to transmit her music to all residents of the center.

She has also wanted to visit other elderly centers such as the Vonderhof in the city of Eindhoven, where the artist herself claims that her father was cared for and cared for until his death. In this center she not only performed her songs, but she enlivened them with a choreography that made the residents in better health and workers of the center dance.

Lenny Kuhr will continue to fight the Covid-19 with her best asset, music, which has served for centuries as a form of union and transmission of feelings and values such as strength, hope and unity.

Lenny Kuhr won the 1969 Eurovision Song Contest for the Netherlands, held in Madrid. This edition of the contest had a four-way tie in the lead, and due to a void in the competition regulations, the artist had to share the victory with three other countries: France, the United Kingdom and Spain.