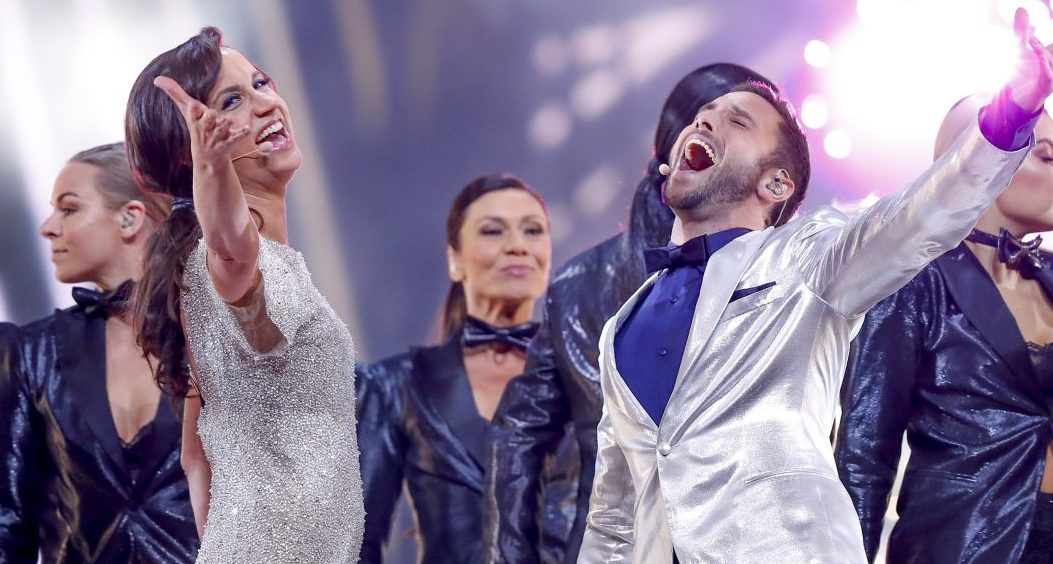 The 2018 Superbowl brought in over 100 million viewers, but talk turned to one thing – the Halftime Show. While Prince owning the stage and Janet Jackson’s famous wardrobe malfunction have gone down in history, the Eurovision Song Contest has had its fair share of Halftime classics too.

Since 1960, the Eurovision Song Contest has given us interval acts every year, giving us some of the wildest moments in Eurovision history, without the need to compete. The first stop on our Halftime tour, however, comes in 1974. When four, soon to be megastars, took the stage at the Brighton Dome and blew the crowd away. No, no, not ABBA. I’m talking about The Wombles. Joined by a children’s choir, the recycling-mad, furry creatures took to the stage in what was a bewildering affair. Both ABBA and The Wombles have had chart success, and I think it’s impossible to pick a favourite…

Ten years later, Halftime at Eurovision was equally as mesmerising, this time, in the hands of The Prague Theatre of Illuminated Drawings. This one can’t really be described unless you see it for yourself, but it’s a group of people in illuminated suits telling a story about a man and a horse. What’s not to love?

Of course, the interval of Eurovision has become much tamer over the years, but that doesn’t stop spectacle from taking over. The year is 1994. Eurovision interval acts have died down a little and you expect nothing more than a few minutes of song or dance to distract you from the voting that is about to take place. Well, how wrong were you? The 1994 interval act began with some mesmerising choral singing, and you’d be mistaken if you thought that the next 7 minutes were to be just that. In fact, the next 7 minutes would go down in Eurovision history. I am of course talking about the now infamous Riverdance. Never had anyone experienced Irish Dancing quite like this, and nor had anyone experienced the collective gasp after the performance. Michael Flatley’s unique take on Irish Dancing mesmerised the crowd and certainly showcased what Ireland had to offer. Riverdance still continues to perform in arenas today, but nothing can ever quite match the fateful night. And no, they still can’t move their arms. Sticking with Ireland, the almost obliteration of their competition in the 90s meant they had more than one chance to impress at the interval. In 1997, Boyzone frontman Ronan Keating not only hosted the event to appeal to a younger audience but also provided the Halftime entertainment, performing with his band. The reception for Keating throughout the night was rapturous and the performance was no different, it certainly set out the path for his career in the coming years.

2001 brought another infamous export to the stage at the Eurovision interval, when Danish cheesy-pop band Aqua performed a medley of their greatest hits, to a much different reception. The performance was shocking, with ‘Barbie’ telling ‘Ken’ to “f*ck off”, before promptly calling him a “dirty b*stard” in their hit Barbie Girl. Since then, however, there have been no profanities shared on the Eurovision stage, and since then most interval performances have featured the host or previous winner.

Petra Mede has become Queen of the interval act, giving a fantastic performance with her “Swedish Smorgasbord” in 2013, and then teaming with Mans Zelmerlow for the fantastic “Story of ESC” and infamous “Love Love Peace Peace”. The winner of the 2013 contest Emmelie de Forest also gave a stunning performance of her follow-up single “Rainmaker”.

Interval acts began to become more intercontinental in 2014, with Australian Jessica Mauboy foreshadowing the country’s involvement in the following contest. American superstar Justin Timberlake took over the stage in 2016 with performances of “Rock Your Body” and “Can’t Stop the Feeling”, but America has yet to enter the contest. In 2017, winner Jamala was greeted with a stage invader during her performance, and let’s just say the lyrics “our souls” from her winning song 1944 may have been foreshadowing the event… see for yourself.

And that brings us up to the present day. What will Lisbon bring to the table? Will it top the Superbowl? But I know one thing, it will be very entertaining.