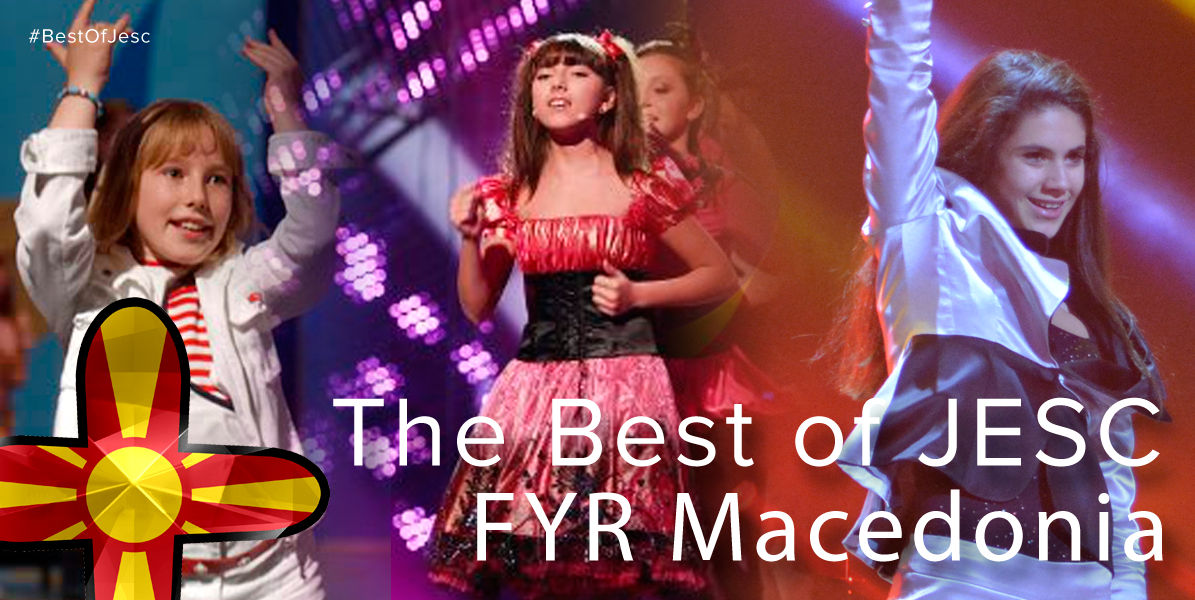 It’s time for FYR Macedonia, a country which sadly withdrew the competition once again this year.

The country’s best performance at the contest has been 5th place, achieved twice to date – in 2007 when Macedonia was represented by Rosica Kulakova and Dimitar Stojmenovski with “Ding Ding Dong”; and again in 2008 with Bobi Andonovand “Prati mi SMS”. Their worst performance came in 2006, with Zana Aliu coming 15th and last in the contest. 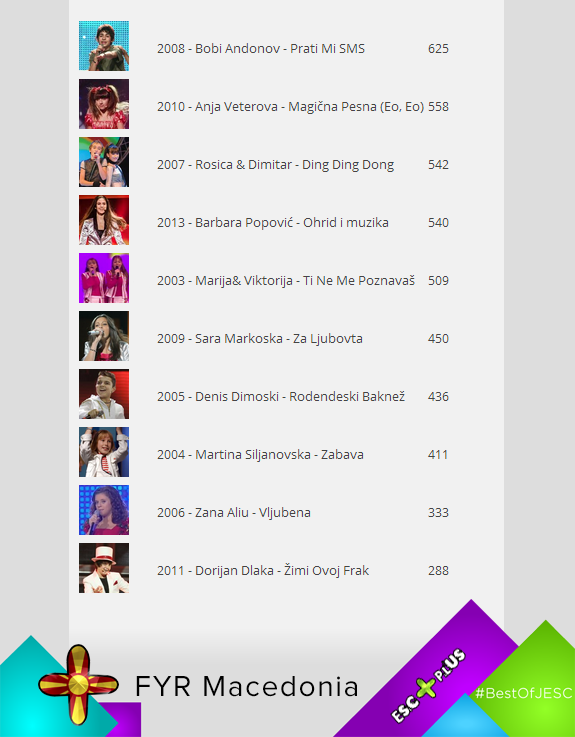