It’s time for Denmark, the country which hosted the first Junior Eurovision ever!

Having come in the top five in the first three contests, DR decided to withdraw Denmark from the contest to continue with MGP Nordic with Sweden’s SVT and Norway’s NRK. In 2007 DR revealed that they have no current plans to return to Junior Eurovision in the near future, being happy with the MGP Nordic competition. 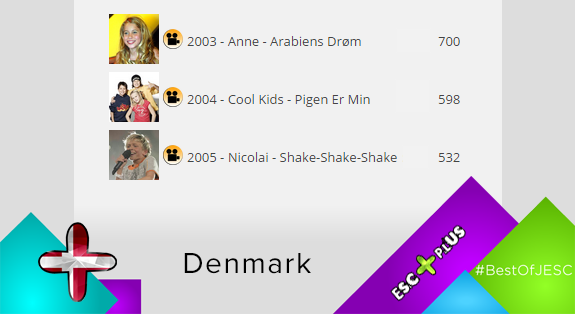 5 thoughts on “The Best of JESC – Denmark”