It’s time for Cyprus, a country which is back at this year’s Junior Eurovision with Sophia Patsalides!

Cyprus has entered the Junior Eurovision Song Contest six times. They were forced to withdraw in 2005, as Rena Kiriakidi’s ‘Tsirko’ was said to be too similar to another song. However, the Cypriot viewers were able to watch the show and vote.

In May 2007, CyBC were announced by the EBU to host the Junior Eurovision Song Contest 2008.

On 3rd July 2014, CyBC announced its return to the competition after a 4 year absence. 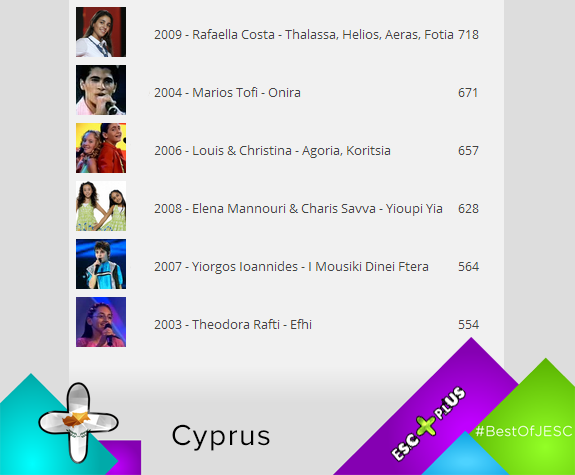 6 thoughts on “The Best of JESC – Cyprus”