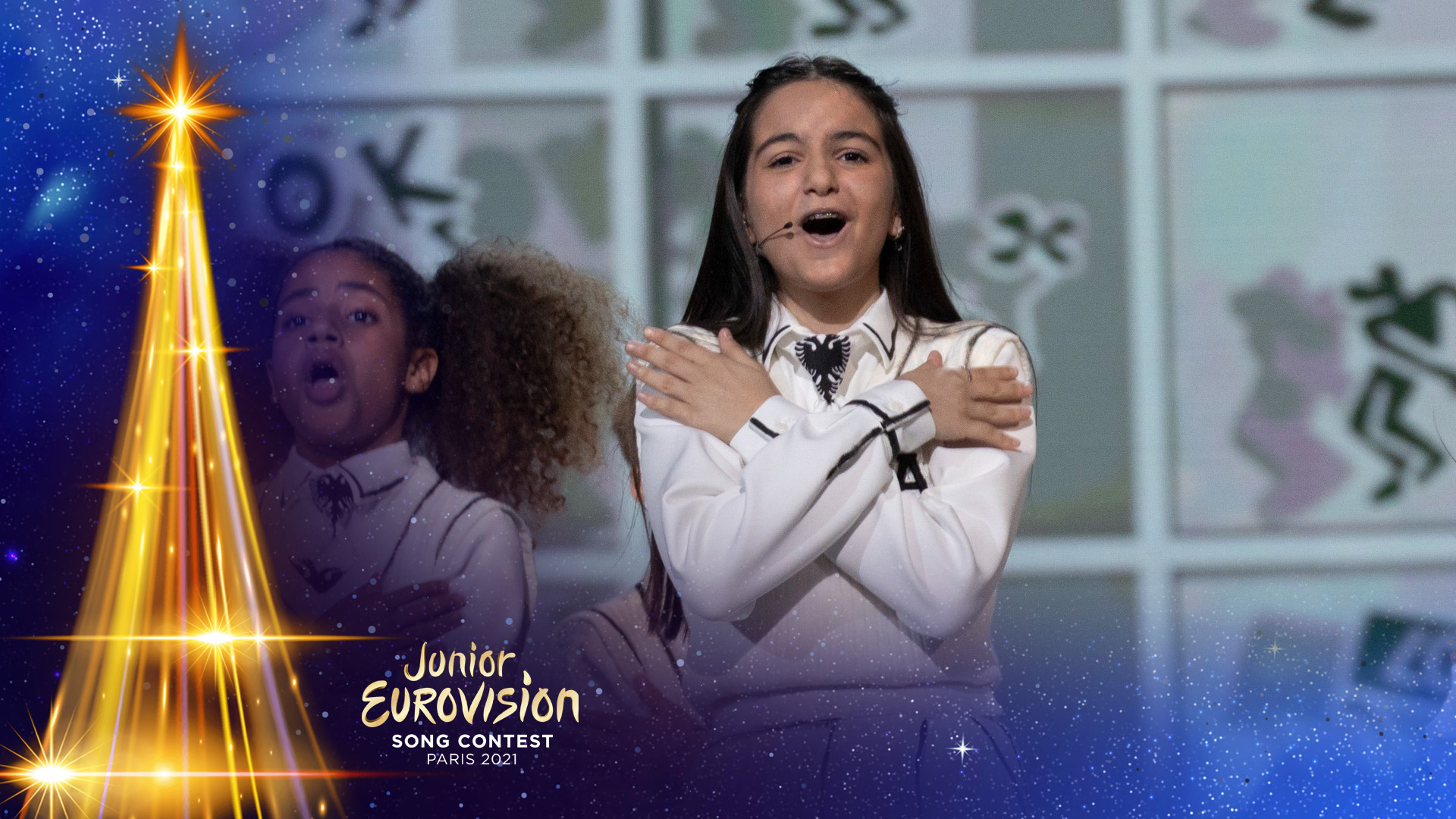 EBU has published few moments ago has published videos and photos from Albania’s first rehearsals at the Junior Eurovision 2021 stage.

Here you can watch a teaser from Albania’s first rehearsal:

This year’s Junior Eurovision edition will be again on-site, all delegations have travelled to Paris under a strict safety protocol and now they are making their rehearsals at the arena. After these lines, you can see a gallery with images of the delegation first contact with the stage and cameras.

Anna won last September this years’ edition of the popular Junior Fest, a contest organised by RTSH, the Albanian public television, in which she got her ticket to Junior Eurovision with the song “Stand by You” after winning against 19 other contestants.

Her song is composed by a very international team including Adam Watts, who has worked on numerous soundtracks for Disney series, movies and shows like Austin and Ally, Camp Rock, High School Musical or Disneyland Forever. The song is also composed by Gannin Arnold, Sanni M’Mairura and Endi Çuçi.

The song shows the topic of dealing with that bullying that many children suffer in their daily life. Anna says that she has chosen this topic for her song because it is a widespread phenomenon all over the world and her friends have also suffered from it. She sees herself identified with the situation and feels that her participation in the contest can be a way to give voice to this problem and make all children and teachers aware of bullying.

The staging and choreography of the theme will be made by Luca Tommassini, known by Eurovision Fans for having created the staging of Senhit and his “Adrenalina”

After a gap year with pre-recorded performances because of the Covid-19 pandemic, this year the hope of the Junior Eurovision contest come to stage again. Paris will be the light of this hope and as Junior Eurovision 2021 claim says, they will invite all of us to ‘Imagine’ again as if we were kids.

La Seine Musicale is the place where the dreams will come true this Christmas time, with this year’s amazing show where 19 countries will try to get the Eurovision Junior’s trophy.