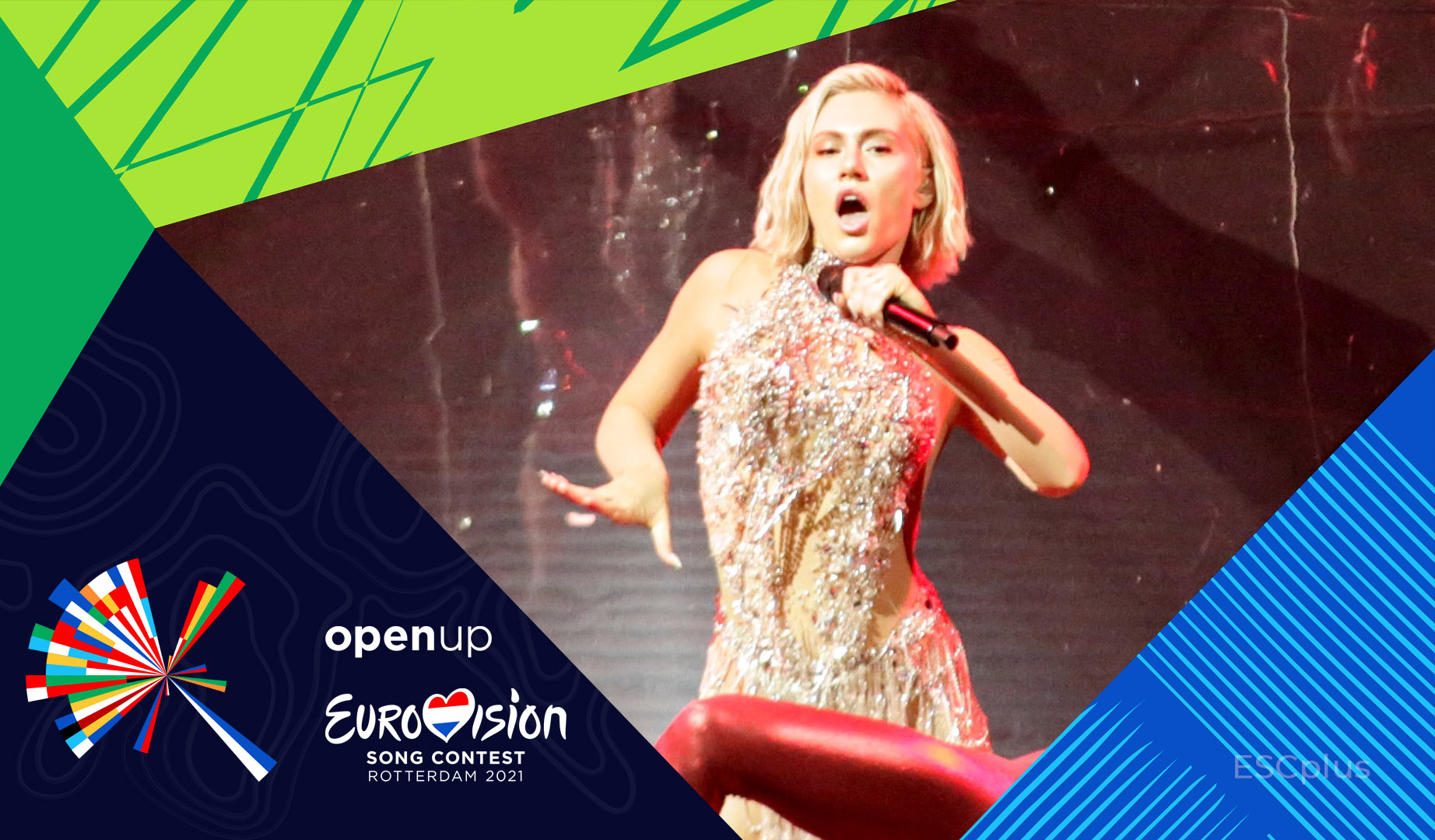 A few moments ago, the EBU published visual content about the first rehearsals of the Cypriot delegation on the stage of Eurovision Song Contest 2021.

Here you can see a fragment of the first Cypriot rehearsal:

Elena Tsagkrinou is one of the most talented and impressive Greek singers.

At the age of 14 she took part in the talent show “Greece Got Talent” . Her career began in 2013, after she was chosen to be the lead singer of the band OtherView. The band release many hit singles, such as “What You Want”, Ola Ayta Pou Niotho”, “O Gyros Tou Kosmou” and “Tora I Pote”.

In 2018 Elena Tsagkrinou left the band and started her solo carreer. Her first solo single was “Pame Ap’ Tin Arhi”, which was released and in English version as “Summer Romance”. She then released the successful singles “Paradisos”, “Tsai Me Lemoni” with Dakis, “San Lava” with OGE, “Logia” and “Amore”.

All these years, she has performed to the biggest music shows in Greece and Cyprus and cooperated with many famous Greek artists. Also, in 2014 she participated to the show “Just The 2 Of Us” as a coach and in 2016-2017 she presented the backstage of the talent show “The Voice”. In 2020 she was chosen to represent Cyrpus at the Eurovision Song Contest 2021, performing the song “El Diablo”.

An all-round busy bee, the El Diablo diva has recently found time to present her own TV show, K-POP Stars, exploring one of her favourite genres of music, on one of the leading music channels in Greece.