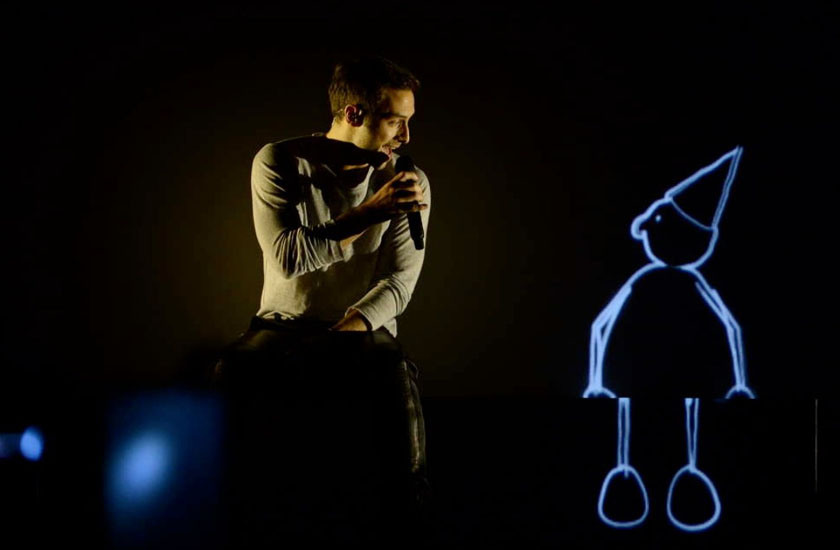 After a proposal for a possible copyright infringement regarding the figure at the graphics of Måns Zelmerlöw’s performance, a decision was made to replace the clip at Eurovision.tv with the official music video for Heroes. At the same time, the team is working on the staging of the performance in the Eurovision Song Contest in Vienna in May.

Fredrik “Benke” Rydan, director of Heroes, will change the performance for the Eurovision Song Contest.

– Sure, I have absolutely been inspired by the figure that we have been approached about it and although I don’t believe that it is a plagiarism, we can never predict the outcome of such a statement. Moreover, we have not time for that. Since the appearance of the figure is not critical for me it’s an easy choice to correct it, says Fredrik “Benke” Rydan.

Head of Delegation Christer Björkman thinks it’s sad but the change doesn’t need to be a negative thing.

– The team that made the performance of Heroes, is working right now with the original material from Melodifestivalen. Until further notice we put up another video on the Eurovision site. It’s boring and generates extra work. But now that it has happened, I still see opportunities in this – now we can sharpen the performance for May, says Christer Björkman, head of the Swedish delegation at the Eurovision Song Contest.

Mans Zelmerlöw himself feels calm and confident in the decision to adjust the performance.

– The figure has new clothes. It’s spring now and he can not have the same outfit as in February, says Måns.

Stay tuned to ESC+Plus for more news regarding the Swedish performance and not only!