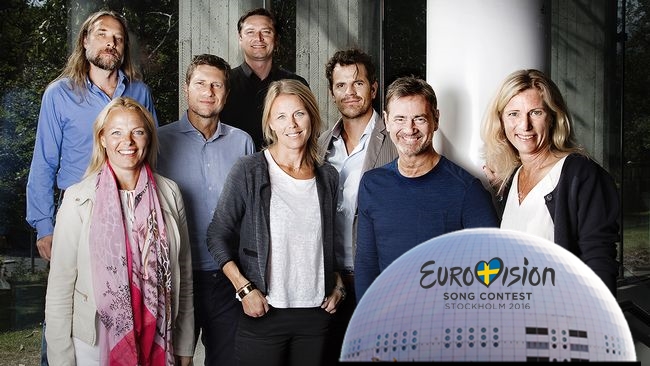 Earlier today, the Swedish public broadcaster SVT, which will be doing next year’s Eurovision Song Contest in Stockholm, has revealed the names who will be making up the executive group, in charge of producing all three shows, the semifinals on May 10 and 12 and the grand final coming on the 14th of May 2015.

Some of the names were already chosen three years ago for the contest in Malmö, after Loreen’s victory in Baku. The Executive Producers, Martin Österdahl and Johan Bernhagen. have put together a core team, with some of them having the experience of the ESC in 2013 and the possibility of viewing the event with brand new eyes.

Eurovision 2016 will take place in Stockholm live from the Globe Arena, mostly known as Globen in Sweden, on May 10,12,14. Do you think they will be improving Malmö’s contest? Tell us your impressions about it and stay tuned for the latest info about the contest and national finals on our website!