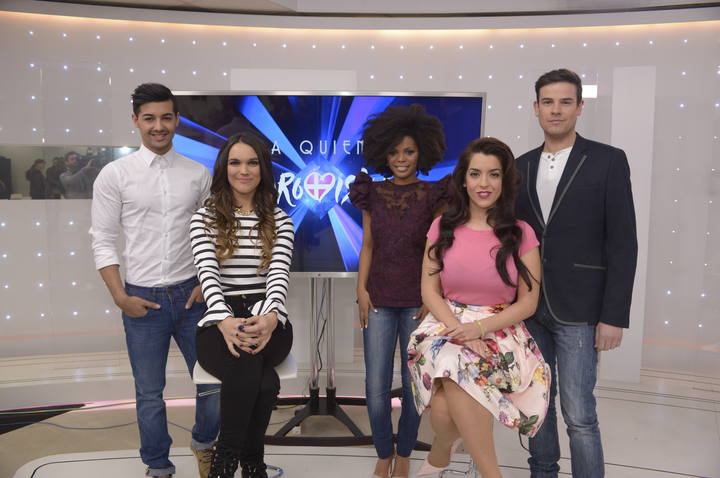 RTVE has just revealed via Twitter the performance’s running order of the Spanish national final for Eurovision 2014, final versions of the songs can also be listened below:

Spanish final will take place the 22nd of February in Barcelona and It will be broadcasted live on TVE at 22.00 CET.

The winner will be decided by a mix of professional jury and public vote during a show called “Mira quién va a Eurovisión” which will be hosted by Anne Igartiburu. Singers David Bustamante, Merche and Mónica Naranjo will form the professional jury while Gisela (Andorra 2008) will perform a medley of Eurovision songs as guest.

This morning the five candidates have taken part in a press conference held in Madrid (photo gallery), the official promotional advert can be seen here.