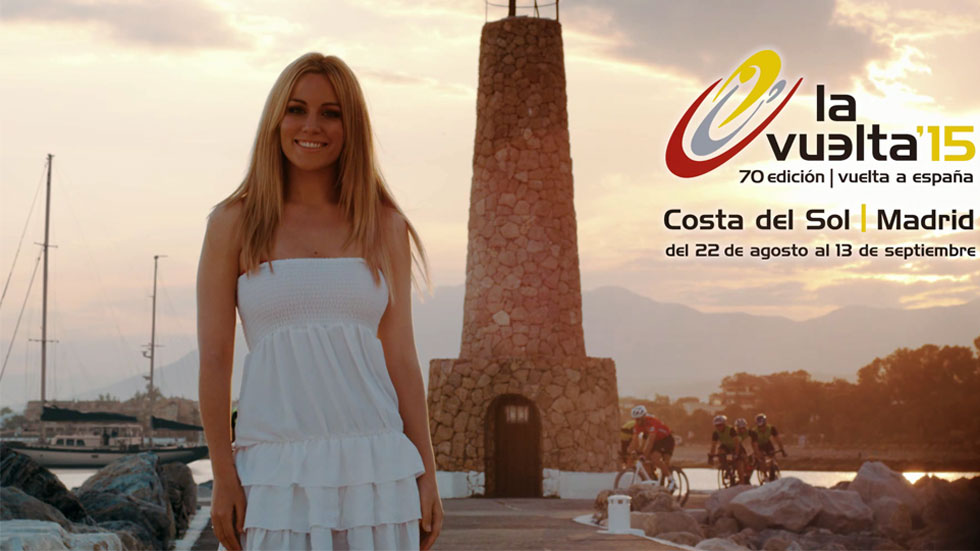 After several performances on TV, a symphonic and acoustic version in front of the Austrian ambassador in Spain, 2 weeks ahead Edurne’s departure to Vienna, the promising promo video for the annual multiple stage bicycle race in Spain ‘La Vuelta Ciclista a España 2015’, which the singer spent last week filming, has been today premiered from a live act by Edurne herself at Plaza de la Constitución in Málaga. She also was delighted to perform the official soundtrack for this year’s competition and the 2015 Spanish Eurovision entry, Amanecer (Break Of Day).

As you can watch below, she appears incredibly stunning and beautiful and offers another magical view of Spanish landscapes (the video includes several parts from all different locations in Málaga) and Edurne, nothing to do with the official clip, presented in March.

She also performed the song in the event after the video was just premiered, where all the audience who attended could enjoy her improved strong vocals when singing the song. Judge by yourself by watching out and listen to it below!

Stay tuned for more news about Edurne and Spain at this year’s Eurovision Song Contest! The countdown for Vienna is already up and Edurne will be making her first appearance on stage in Vienna on Sunday 17th May for her first individual rehearsal at 11.00 CET.