According to the Spanish on-line magazine Bluper, the Spanish broadcaster could be interested in taking part at Junior Eurovision after a nine-year absence!

RTVE could have been negotiating a “come back” for the last weeks including the selection process which, as ESC+Plus reported last year, would be an open selection around the country. Not only Spain would be back to Junior Eurovision, they would also run “Euro Junior”.

Bluper also reports the participation is almost closed and the broadcaster has even registered the “Euro Junior” trademark, something which didn’t happen since 2006.

As far as we know, this new could be reliable as we have sources that confirm the Spanish Head of Delegation, Federico Llano, could have had some conversations with the executive supervisor of Junior Eurovision, Vladislav Yakovlev. Moreover, Tinet Rubira, producer of Eurojunior, has recently published a Twitt saying Spain could be back to Junior Eurovision. 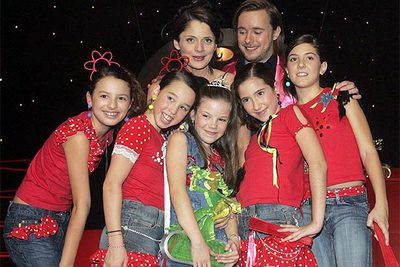 Spain has taken part at Junior Eurovision fourth times making its debut in 2003. A year later, the Mediterranean country achieved their best result, a first place with María Isabel and the song “Antes Muerta que Sencilla”. Spain has earned two second places, a fourth one and a victory.

After its withdrawal, many fans have claimed the participation of Spain at Junior Eurovision starting some campaigns in the country and abroad. There is no doubt that Spain is one of the most missed countries in the competition.

11 thoughts on “Spain could be back to Junior Eurovision!”