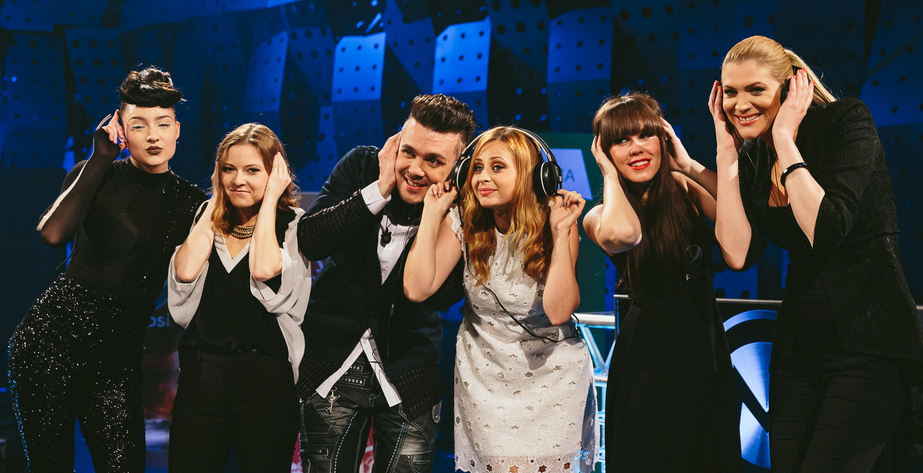 The names of the complete team to represent Slovenia on the Eurovision 2015 stage have been revealed!

The duet Maraaya, formed by Raay and Marjekta Vovk, will be accompanied on stage by three backing vocalists, Manca Špik, Nika Zorjan, Karin Zemljič, and the violinist Lara Balodis, who already performed with the duet during the final of EMA.

Manca Špik and Nika Zorjan were already on the last year’s Eurovision stage as backing vocalists of Tinkara Kovač while Raay was the fourth backing singer, who didn’t appear during the performance. Manca and Nika are known because of their participation at previous editions of the Slovenian selection EMA.

The mentioned backing singers won’t have as much importance as Lara Balodis, who will have a special attention during the performance. The violinist has announced she will carry a similar costume than the one showed in EMA with minor changes in the LED accessories.

Everything has been revealed during a special TV programme from which you can watch a video report and see some pictures by clicking here.

Watch the live performance with the Eurovision team live below:

Maraaya has also recently released a very special videoclip! A few days ago, the duet and Marjekta’s students from the Popsing vocal studio, including the Junior Eurovision representative Ula Ložar, travelled to Vienna by bus to record a special cover of the Eurovision song “Here for You”.