SVT has just revealed the running order for this year’s Eurovision semi-finals!

The producers of the show has come today with a decision based on the results of the running order draw held on January 25:

Draw of the Running Order held on January 25:

The first part of the draw determined which of the six pre-qualified countries (France, Germany, Italy, Spain, the United Kingdom and host country Sweden) had to broadcast and vote in which Semi-Final. The first Semi-Final will have 18 participants and the second will have 19. Another draw then decided in which half of the respective Semi-Finals each country will perform.

You can re-watch the draw of the running order below:

As previously announced, Germany will broadcast and vote in the second Semi-Final on the 12th of May. Check which finalist country will vote in each semi-final below: 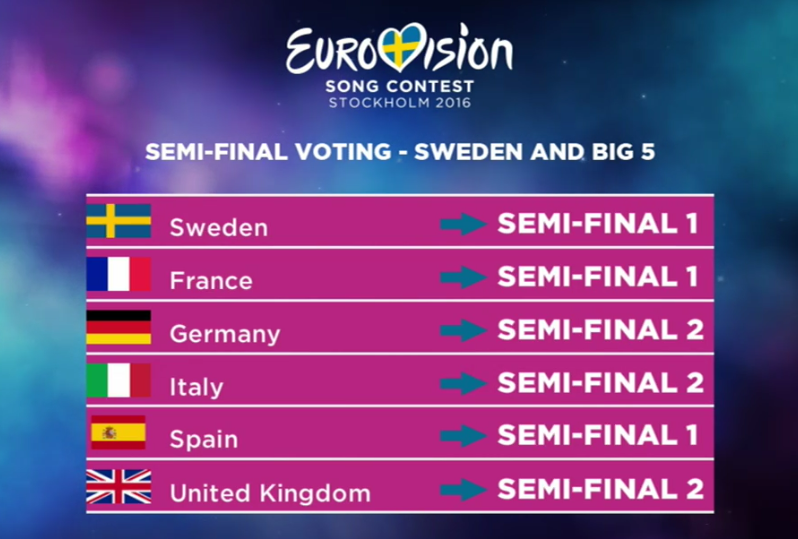 The Eurovision Song Contest 2016 will take place on May 10, 12 and 14 in the Stockholm’s Globen Arena. Petra Mede and Måns Zelmerlöw, 2015 winner, will host all three shows in which a total of 43 countries will be competing to get the crystal microphone. This is the sixth time Sweden will organize a Eurovision event.