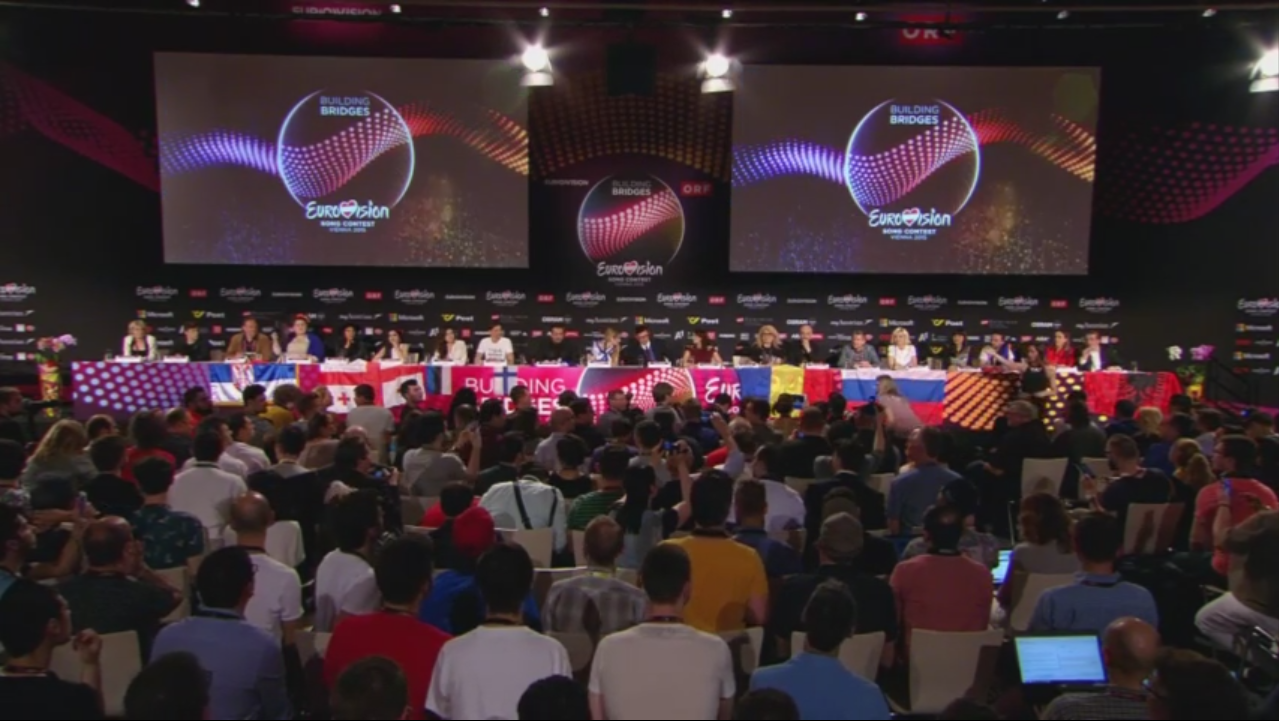 Right after the final and during the qualifier’s press conference the draw of the running order for the Eurovision Grand Final has taken place in Vienna!

Check in which half the First Semi-Final qualifiers will perform on Saturday:

The host country Austria was given the 14th position in the official draw of the running order held in Vienna a few weeks ago. Last Saturday, each artist of the “big 5” and the debuting Australia (direct qualifiers) already drew the half in which they will take the stage during the Grand Final of Eurovision 2015.

The full running order for the Grand Final of Eurovision 2015 will be revealed right after the second-semi final.