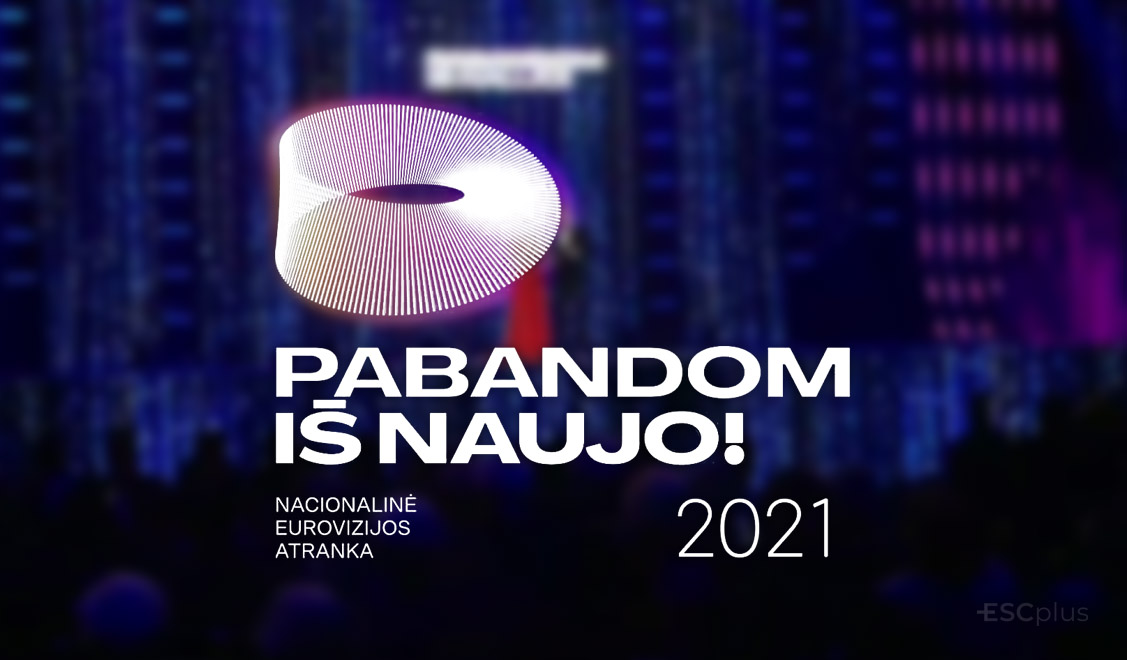 The second preliminary heat in Lithuania’s Eurovision selection Pabandom iš naujo! just took place with ten more acts presenting their entries to the Lithuanian public for the first time! As usual, a five-member jury and the viewers at home decided the acts that have gone through to the semi-final round that will take place next week.

Viewers were guided through the show by the debuting hosts Vytautas Rumšas Jr. and Ieva Stasiulevičiūtė while Vaidas Baumila, who represented his country in the 2015 contest featuring Monika Linkytė following a rather controversial final, stood along with the five juries at a room next to the studio watching the performances.

Alongside them, 2020 winners The Roop made the first live performance of their entry Discoteque as special guests! The song was released yesterday as a single accompanied by a music video, which as we write this post has already amassed close to 900 thousand views and will compete at the final next month along with all other qualifying acts.

The jury was made up of fixed members Ramūnas Zilnys and Vytautas Bikus, a music journalist and a songwriter respectively, with singers Ieva Narkutė and Stano, and TV host Gerūta Griniutė as rotating judges. They gave their feedback on the entries in pre-defined segments after every three or four performances and voted using the Eurovision score system of 1-8, 10 and 12 points.

Everyone in the top 5 on the image below qualified to next week’s semi-final―Gebrasy has won a heat in the Lithuanian selection for the first time ever in his fourth participation! The performances are all already on LRT Mediateka and LRT’s YouTube channel.

Following this show, the preliminary stage of the national final is over! As this year’s format is reduced, with just 21 entries, there will only be a single semi-final taking place next week, on January 30th, with the ten qualifiers from these first two shows. See you next week at the same time, 20:00 CET on LRT!