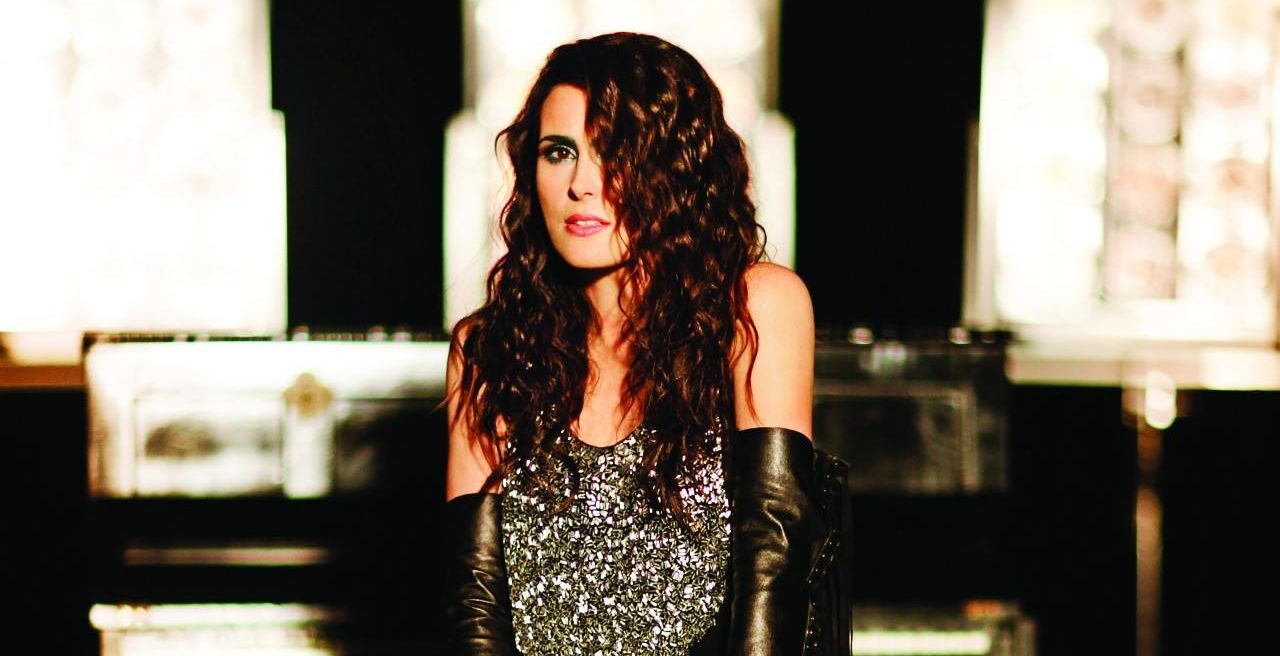 Is Dutch singer Sharon den Adel (43) announcing her participation in the Eurovision Song Contest 2018 for The Netherlands? Important sources in the Dutch music scene announced earlier this week the Within Temptation-singer would be a ‘serious option’.

Sharon is the lead-singer of Dutch rock-metal band Within Temptation.  The last seven days the website of the band has ‘had a blackout’ and their Facebook page only has a black image saying ‘Sharon will have a big announcement’ Friday 10 November. Fans think the group might split up.

Sharon by herself
According to Dutch website AD.nl, some big names in the Dutch music-industry have said  ‘Sharon den Adel is a massive option for us.’ A few years ago a deal with Dutch broadcaster AVROTROS failed some days before the official announcement. Back then, AVROTROS wanted the whole band to compete at Europe’s most prestigious song contest, the group wanted to play live, but they weren’t allowed to, so they lost interest in a deal with the broadcaster.

A source has said to AD.nl that Sharon backed out of the deal a few years ago because she was afraid she would use a lot of hardcore fans. The last few years, the singer has made a few so-called ‘trips’ to modern pop music, amongst others with world-class-DJ Armin van Buuren.

Modern dance track
That kind of song could have a big chance of winning the Eurovision Song Contest. Another source said: “A contemporary dance track with Sharon’s mysterious voice. That could do well. When Den Adel goes to the festival, she does that without the rest of her band.

Not a huge name
AVROTROS will announce the representative mid-November.  AD.nl announced earlier the artist AVROTROS is sending to Lisbon ‘isn’t going to be a huge name out of the Dutch music scene.’
Big names like Dotan, Miss Montreal, Martin Garrix, Kensington, Chef * Special, VanVelzen and Jacqueline Govaert, all for a variety of reasons won’t participate. Also Pleun Bierbooms, Sharon Doorson, Maan and Romy Monteiro can be removed from the list according to AD.nl.

Will Sharon den Adel be the Dutch #1 this year? If she is….we’ll probably know very soon.