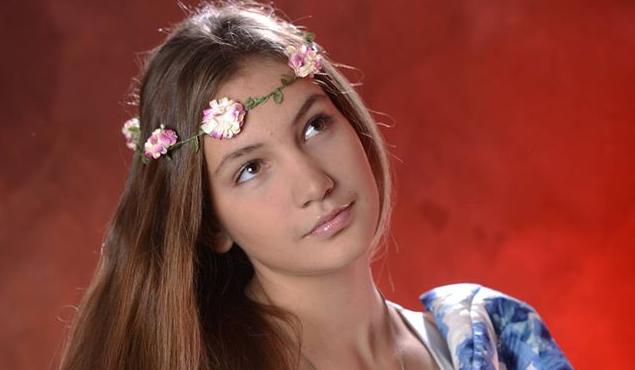 The entry, Jana Mirković will perform in Sofia is already done, and it is called Oluja (Storm). The music for it, was composed by Mirsad Serhatlić, while the lyrics were written by Boban Novović, and the arrangement were made by Vladimir Graić, who has previously composed Serbia’s winner at Eurovision from 2007 Molitva, sung by Marija Serifovic, as well as this year’s Serbian Eurovision entry Beauty Never Lies by Bojana Stamenov. The song will be revealed at a later date.

Jana Mirković is 15 years old, and comes from the capital city of Montenegro, Podgorica. She has finished primary school, and primary music school, and has participated in, and won many children festivals in countries such as Croatia, Serbia, Russia, Italy, her home country Montenegro, and Bulgaria, this year’s Junior Eurovision host country. She plays the piano and the violin, and has also released two albums, and is expecting her third to be out next year. Besides music, Jana is also an experienced model and ballet dancer, and has attended the ballet school “Princeza Ksenija”, and the dancing school “Matriks”.

You can listen to one of Jana Mirković’s earlier songs Ciao Amico right below.