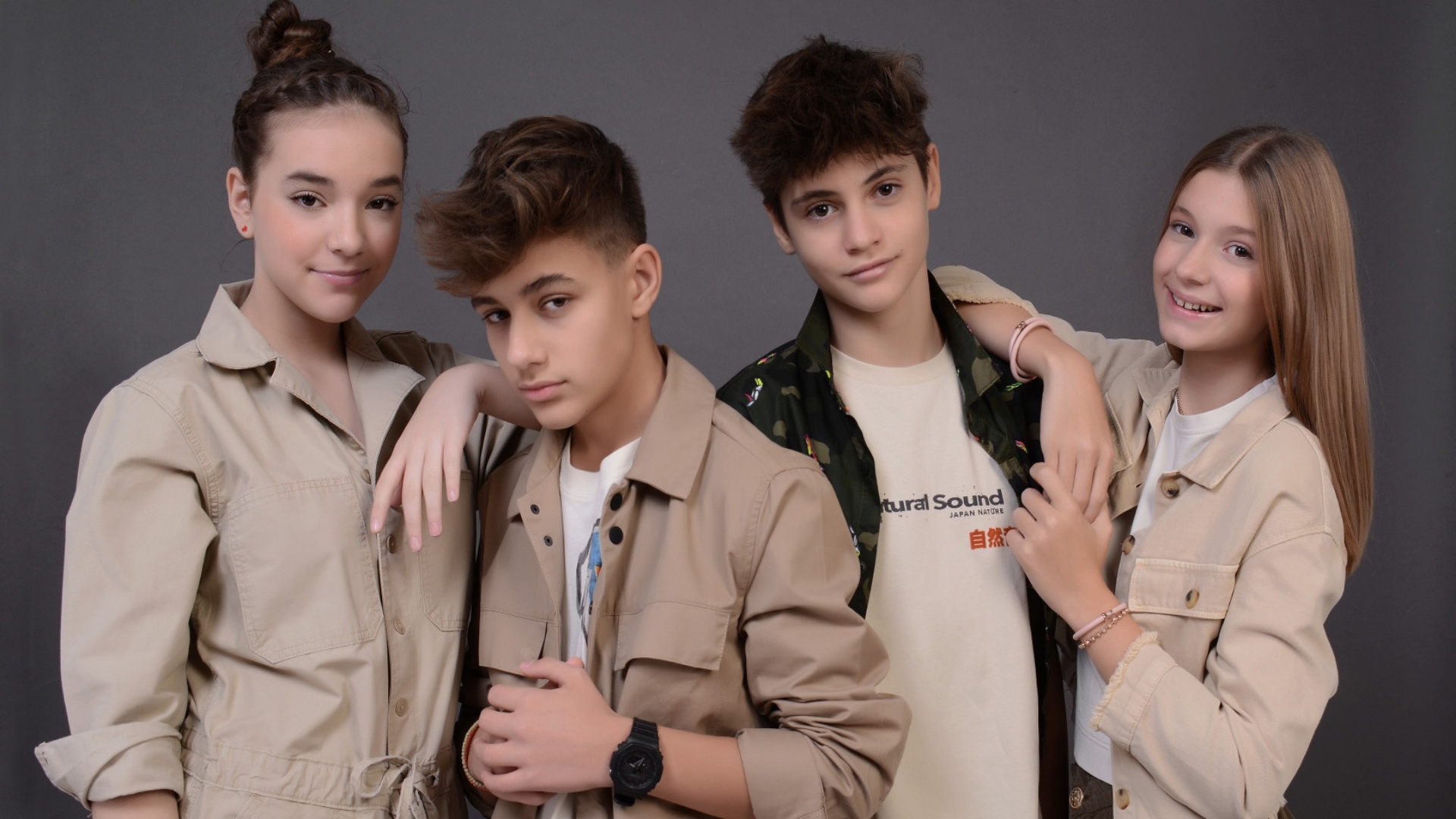 Macedonian broadcaster, MRKTV, has premiered today “Green Forces”, the song that Dajte Muzika will perform at Junior Eurovision 2021. Play it now and discover what they take to the contest!

Two girls, Kristina and Ansatasija, with two boys Miha and Filip, are the four components selected to fly the Macedonian flag on behalf of Datje Muzika project in La Seine Musicale on December 19.

Dajte Muzika or “Give Music away” is a co-production project of Macedonian Television, which is one of the most popular and watched children’s television programs in the country. Although the TV show stars more than six components, the maximum people who could be present at the Junior Eurovision stage, only four of them have been selected to represent North Macedonia in Paris.

At their TV series, the main protagonists are exactly the group of highly talented actors and singers who in a short time became idols of the new generation. With the production of more than 80 songs, on which some of the most famous Macedonian composers have been working for three years, with the release of two albums (CDs), millions of views on musical platforms of their new children’s hits, the project “Give Music“ is one of the most successful children’s music entertainment programs that won the sympathy of the public.

This will be the 16th time that the former Yugoslav republic has competed in Junior Eurovision. Since their debut in 2003, the Macedonians’ overall trajectory has settled into positions in the lower half of the table. However, despite not yet having a victory in the small festival, the Macedonians can boast that a third of their participations have made it into the top 10. Their best marks were resolved with the fifth positions of Rosika Kulakova & Dimitar Stojmenovski in Rotterdam 2007 with his song “Ding Ding Dong” and Bobi Andonov in Limassol 2008 and his “Prati My SMS”. Mila Moskov and her “Fire” saw her take sixth place for the Macedonians with 150 points in 2019.