MGP production company reports: ”the artist who represented the colours of the UK in Stockholm 2000, Nicki French, has just released a brand new EP and single called This Love, where she collaborated once again with hit maker Mike Stock, who also entered the contest by writing Josh Dubovie’s entry together with Pete Waterman, That Sounds Good To Me. 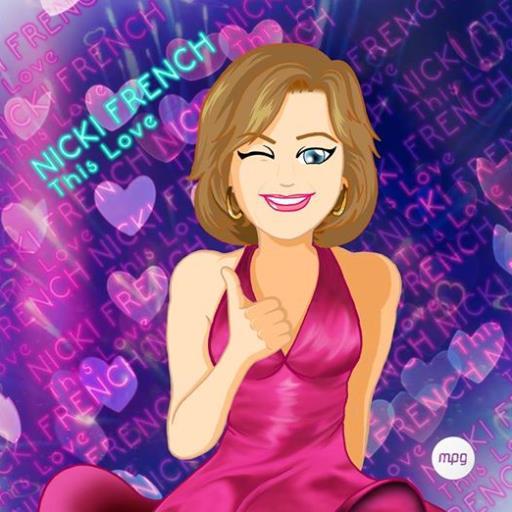 Along with her summer anthem, the “This Love” EP has a brand new recording of “Did You Ever Really Love Me“, a revamped and remastered version of the worldwide hit “Total Eclipse Of The Heart” (what she is manly known for) as well as an alternative mix of “This Love” by legendary SAW MixMaster Dave Ford.

You can order this now exclusively on the MPG Official Store. The release is expected on the 30th of June. Watch the trailer for This Love’s official clip below!

Do you want to know more?

Nicola “Nicki” Samantha French (born 26 September 1964) is an English singer and actress. She is best known for her 1995 dance cover version of “Total Eclipse of the Heart”, which reached the US and UK Top 5, and for representing the United Kingdom in the 2000 Eurovision Song Contest in Stockholm.

French was born in Carlisle, Cumbria, England. She provided backing vocals on Rose-Marie’s 1992 album, Emotional Exposure. Generally, French had been a session singer for many years before she covered “Total Eclipse of the Heart”, a song originally made famous by Bonnie Tyler. French’s single was first released in 1994 in the United Kingdom. When it was re-released in 1995 the song reached number 5 during a three-month chart run in the UK Singles Chart, selling over 250,000 (UK) copies in the process and earning a silver sales award.

This was followed by even more successful chart run in the United States, where the track reached number 2, spending six months on the Billboard Hot 100 chart and gained Gold certification from the RIAA. The single also reached number 1 in a number of countries – Japan, Canada, Spain and Brazil – as well as charting in Australia, Germany, Italy, Mexico, the Netherlands, Denmark and Norway. French sold in excess of 5 million copies.

Nicki French has once again teamed with Mike Stock and his team at Modal Production Group to produce a 2015 summer hit “This Love” which is due for release at the end of June.