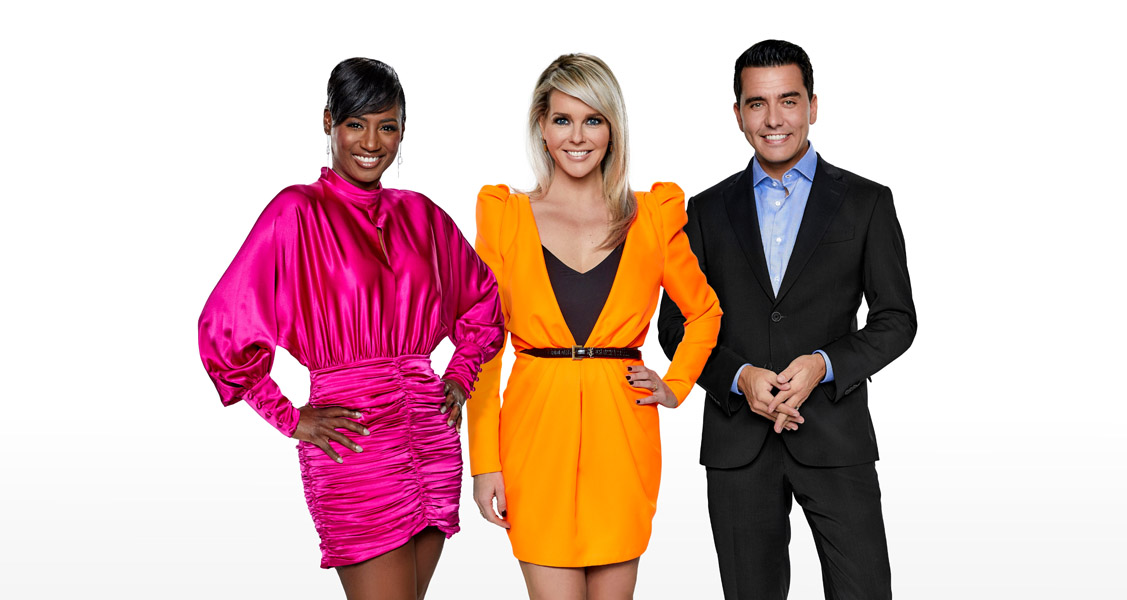 Finally, after months of speculating who were going to be the presenters of the Eurovision Song Contest 2020 in Rotterdam, the word is finally out! Jan Smit (33), Chantal Janzen (40), and Edsilia Rombley (41) have the honour of presenting Europe’s favourite show. They will present the semi-finals on Tuesday 12 and Thursday 14 May 2020, and the grand final on the 16th of May 2020.

The trio will open the Song Contest for around 180 million people all across the world, live from the Ahoy venue in the city of Rotterdam next year, next to doing interviews from the green room, and they will also be the leads during the ever so often nail-biting results.

“With this presentation trio we choose for three people who have a huge presenting experience, and all of them started out as music artists before they became known as presenters”, says Sietse Bakker, the Executive Producer of the Eurovision Song Contest 2020.

Jan Smit has been a great asset to the Eurovision Song Contest for years since he was one of the annual Dutch commentators for the people watching the contest at home, this is also the reason why he was on top of the list to present the contest whenever it would come to the Netherlands. Next year he will not be just a voice during the broadcast of the contest, but he will be on the stage as one of the presenters. We had the chance to meet him at Junior Eurovision 2014.

“With the choice for Jan Smit as one of the three presenters, we choose for an artist who is experiences on an international level, and a presenter who has been a commentator of the contest for nine years now, next to Cornald Maas. In short, Jan Smit is a great ambassador of the contest, and the Dutch can be proud to have him as one of the presenters. Next to this, Jan Smit is part of the selection commission at Tv company AVROTROS, which chooses every Dutch hopeful for the contest every year. Jan Smit is very accessible, authentic, and he can keep calm during a live-show, and these are exactly the skills we are looking for to make the presentation of the Eurovision Song Contest more personal, and less fabricated”, said Sietse Bakker in a press release.

“Chantal Janzen is one of the most talented presenters we have in the Netherlands, she has an enormous load of experience in large-scale live broadcasts on a national and international level”, says Sietse Bakker. “We chose very consciously to also be open to talent that derives from the non-public Dutch broadcasters, because the song contest might be connected to the Dutch Public Broadcaster, it is our ambition to show Europe the best the Netherlands has to offer”, Sietse Bakker adds.

Before the Dutch never mentioned the name Edsilia Rombley, but she no stranger to the contest, since she competed two times in the contest herself. In 1998 with the song “Hemel en Aarde” (trans “Heaven and Earth”) ending in fourth place, and in 2007 she did not make it into the finals with her song “On Top of the World”. Next to this, she gave the final results of the Netherlands during two separate Eurovision years. Edsilia Rombley is also one of the presenters of the “Big Eurovision Song Contest Party” in the Ziggo Dome in Amsterdam later this year, after Jan Smit had to decline because of voice problems.

“Twice she represented the Netherlands during the contest as an artist, twice she was the one who gave the final results during the contest, and next to that she is one of the most authentic and quirky artists the Netherlands has. The Song Contest community holds Edsilia Rombley very dear, and because of that our choice for Edsilia Rombley does not need any more explanation”, adds Sietse Bakker.

Since Duncan Laurence brought the Eurovision Song Contest back to the Netherlands last May, the debate about who is going to present the contest was in full swing. Many Dutch celebrities applied openly for the job on all sorts of media, and even to be a presenter in the green room many applied, but now we finally know who has been given the honour…