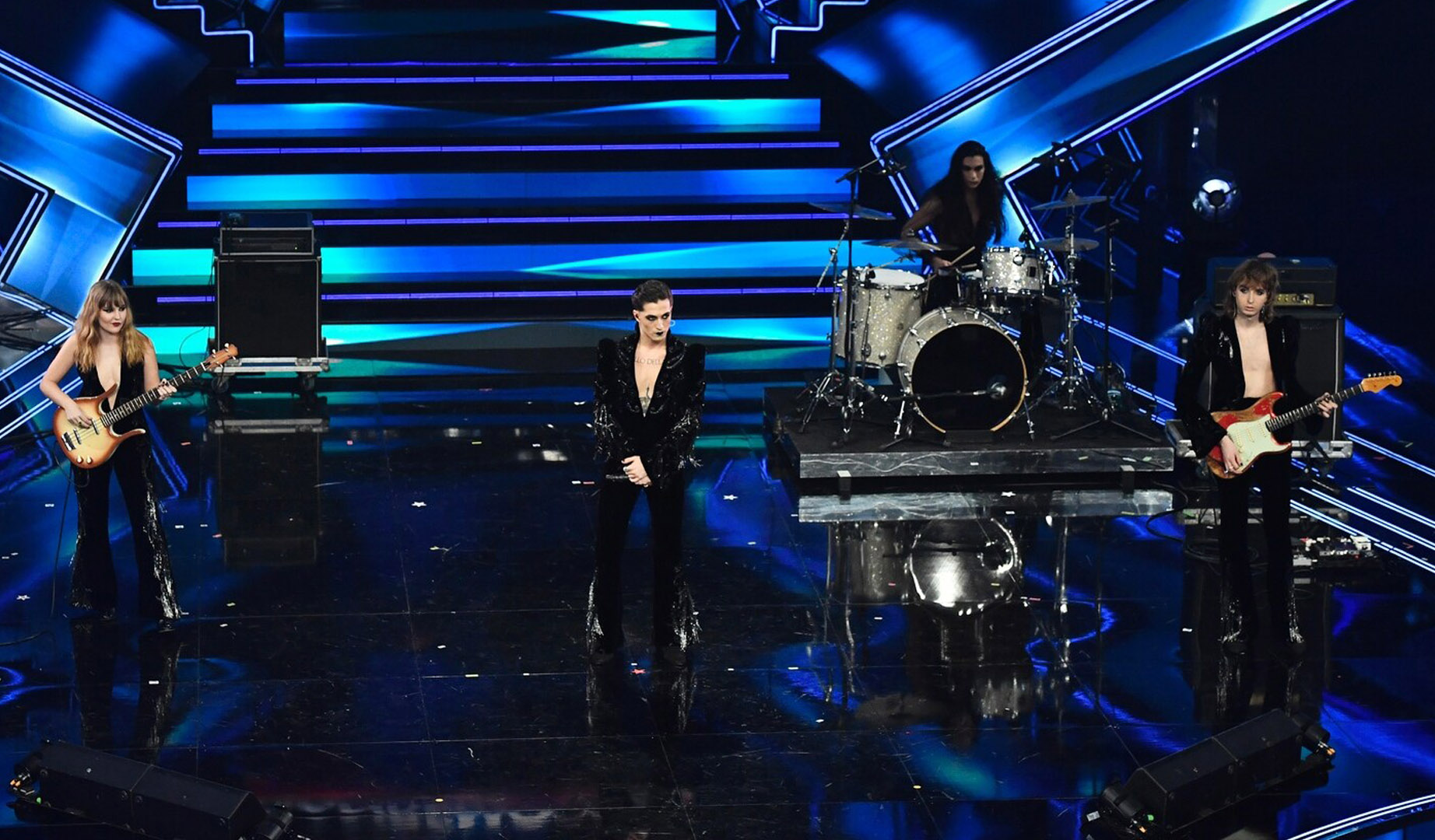 Måneskin has just won the Sanremo music festival 2021 with the song Zitti e buoni. In addition to the big prize, Måneskin has also got the chance to represent Italy at the Eurovision Song Contest 2021.

26 contestants took part in this year’s edition of Sanremo, which took place at its traditional venue, The Ariston Theatre.

The winner of Saremo 2021 was decided after two voting rounds by the public, demoscopic jury and press jury. On the previous nights, the demoscopic jury, orchestra and choir members and press jury voted so, today it was time for the public to vote for their favourites. At the end of all performances, a ranking resulting from the votes of the previous nights and the televoting was made to select the three super finalists.

At the superfinal, the winner of Sanremo 2021 was decided by the combination of votes from the demoscopic jury (33%), press jury (33%) and audience (34%), but, this time, the points were reset. So, only the points of the superfinal helped choose the final winning entry.