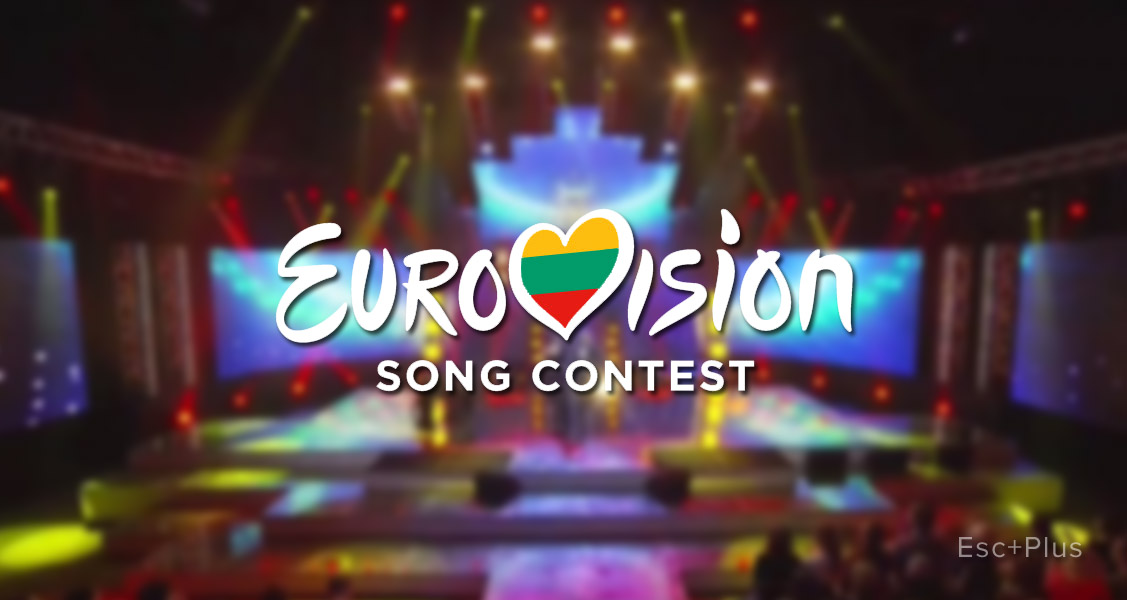 Eight contestants began their journey to represent Lithuania in the 2016 Eurovision Song Contest. Only five will progress.

Thus will begin the first show in the Lithuanian National Final, Eurovizijos. The Lithuanian final is affectionately known in the Eurovision world as the most confusing and lengthy of national finals, with many deeming it confusing, drawn out, or a train wreck. Most critics will also point out that it has also been less than successful in selecting genuine competitors for the contest. Others will say that the Lithuanian final takes all the quirky elements of the Lithuanian music scene and rolls out a show in which anything can, and will, happen. Who can forget the undeniable chemistry of Monika and Viadas in the National Final last year? Made only more endearing by being fresh and new on-screen for us to watch, it’s a shame it wasn’t able to carry forward better in Eurovision proper.

The contest was prerecorded on Tuesday evening, and will be broadcast to the world on LRT, the Lithuanian broadcaster, on 9th January at 20:00 CET. The broadcast will also stream live online on the LRT website. Three options have been kindly provided below:

The national jury (Darius Uzkuraitis, Donatas Ulvydas Ramunas Zilnys and Dalia Micheleviciute) will be seen to give their commentary in the broadcast, but new for Saturday will be the results of the international jury (Peter Freudenthaler and Denis Ingoldsby from Germany and the UK, respectively) and the national televote.

The big buzz revolving around Eurovizijos this year must be that Donny Montell, or Donny Montvydas, as he is known locally has returned to the contest after representing the country in Baku, 2012, where he gave the country their third best ever placing with the song “Love Is Blind”.  There was speculation that Lithuania may opt to internally select the singer, as opposed to watching him run away with the competition, but he’s not the only returning competitor, Erica Jennings represented the country before with SKAMP in 2001, Ugnė Smile, Elena Jurgaitytė and Neringa Šiaudikytė have all taken part in some degree in the past as well.

In previous years, singers and songs competed somewhat separately as each were looked at and passed through different rounds independently. This provided many a must-see moment, with seasoned performers struggling to put their stamp on songs they found needed work. Who could forget Viadas Baumila attempting to sell eventual winning song, “Attention” in 2014? Good thing he tried again with “This Time” in 2015, where Monika nearly ran away with the song before intervention turned the song into a duet that would bring Lithuania back to the Eurovision final after missing 2014. All because of the magic of live shows.

This year, performers are separated into two categories, ones that do not have their own composition to sing, and those that do. Those that do will be able to perform this year with that song always being the song they will take, unless we have some more spontaneous Lithuanian magic on our hands. One has to wonder if the rules were changed for Montell, as he’s probably the largest name competing this year, and how that will help or hurt his changes. His song has been available for a number of weeks now, giving it the opportunity to find and establish an audience, or possibly be yesterday’s news by the time contest comes to a close.

Montell is joined by seven other artists, and unsurprisingly, he closes the nights performances, but rather shockingly, did NOT take home the most points with the Lithuanian Jury. A full listing of the songs, singers, order, and points given can be seen below with a snippet of the judges biting critiques from the show, should you not speak Lithuanian.

As you can see, SKAMP alum, Erica Jennings ended up favorite with the national jury. Sunday night we’ll see if Donny ends up being able to pull the televote and international jury with a song that is incredibly modern and radio-friendly. At this point Lithuania already has two strong contenders from just the first show. The drama is ratcheted up with Cowell-esque commentary while the world wonders if Donny may have just gotten too big for his britches and used the song he waited so long to find only to be lost to the Boggie-ish world peace anthem that reads well with Eurovision audiences. Melodifestivalen may be the standard by which most national finals are judged, but Eurovizijos remains a magnetizing and mesmerizing slice of television that only Lithuania brings to you each year. The ride has begun, please keep your arms and legs in, we have complementary Dramamine, because we’re bound to have a bumpy ride.