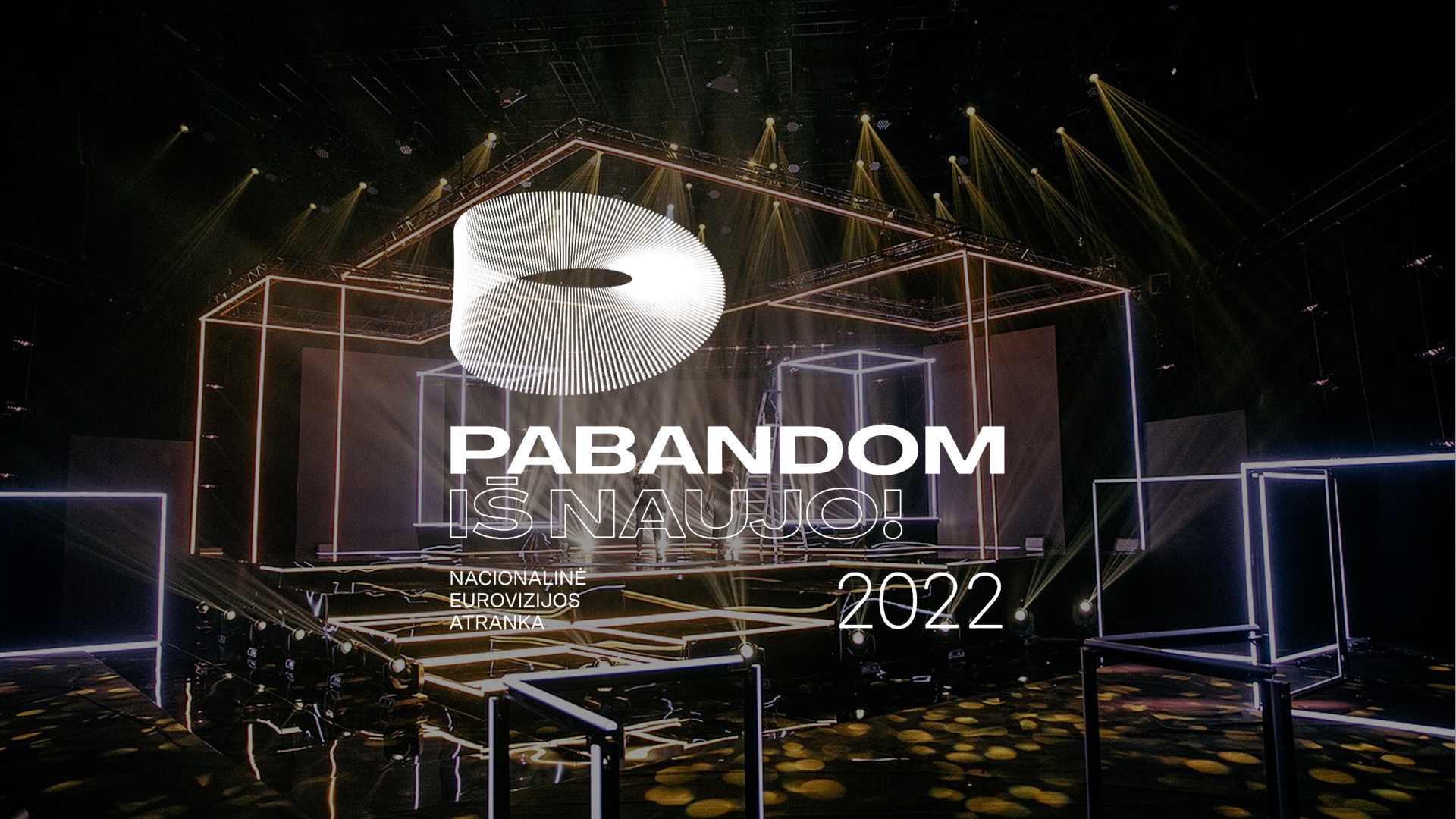 Two days after the first heat of this years edition, LRT has revealed the lineup for the second heat with 11 participants

Lithuania held the first qualifying round of its national selection last Saturday, which for the third year in a row is Pabandom Iš Naujo, after the success of the first two editions, and with the purpose of becoming the leader among the Baltic countries.

The Lithuanian public channel, LRT, has revealed on their website the names of the participants for the second heat of the Eurovision 2022’s Lithuanian national final. The 3rd edition of Pabandom Iš Naujo grand final will be on February 12, the same day as the other two Baltic preselections.

11 of the 36 participants in the Pabandom Iš Naujo 2022 will participate in this second heat. In this heat, there will be one Eurovision comeback with Ieva Zasimauskaitė who represented Lithuania at Eurovision 2018.

This is the complete lineup of participants for the second heat that will take place this Saturday:

THE RULES OF THE SHOW

6 participants from each of the 3 heats will get their direct pass to one of the 2 semi-finals of Pabandom Iš Naujo 2022. In these semi-finals, there will be 9 artists in each one, 4 of them will get their pass to the grand final.

8 artists will fight in the grand final on February 12th, the “Baltic Super Saturday” to represent Lithuania at Eurovision 2022. Like in previous editions, the audience and jury will choose the qualifiers and the winner of each of the shows

The choice of the artist that get their pass to the semifinals, final and the winner of Pabandom Iš Naujo 2022 will be selected in a 50% by the public vote via SMS (5 votes maximum to number 1669) and the other 50% will be provided by the jury. The jury will be in each show giving their verdict in a separate room. The jury’s scores will be known at the end of the night at the same time as the public ones.

Giedrius Masalskis, Ieva Stasiulevičiūtė and Richardas Jonaitis will be the hosts of the shows that will take place at the LRT studios in Vilnius, Lithuania’s capital. It is unknown for the moment if the grand final of the contest will be held at the Zalgirio Arena in Kaunas, as they did in 2020.

Giedrius Masalskis is a Lithuanian radio and TV presenter. He is a presenter on M-1, Lithuania’s most listened music radio. He has hosted many formats on the country’s TV networks, LNK, TV3 and LRT. He hosted before the Lithuanian preselection for Eurovision, during Eurovizijos Atranka’s period.

Ieva Stasiulevičiūtė is a television, radio presenter, and Lithuanian singer; she is part of Yva group. She hosts Pabandom Iš Naujo for the second year in a row after doing it in 2021.

Richardas Jonaitis is well known for LRT viewers. Since June he is the host of “Labas rytas, Lietuva” LRT’s morning program. This program has been running for more than 33 years in the channel. Before that, he has been on many radios.

The 3rd edition of Pabandom Iš Naujo will begin on January 8th with the first of the 3 heats. Later there will be two semifinals that will take place on January 29th and February 5th and in which we will know the finalists.

The final of the contest, where we will know Lithuania’s artist for Eurovision 2022 in Turin, will take place on February 12th. This is the Pabandom Iš Naujo 2022’s edition full schedule:

After a reformulation of the LRT team, in 2020 they decided to change to this format in which the number of shows was reduced, and as a result, there was also an increase in music level. The Roop won the first edition of the renewed Lithuanian national final with ‘On Fire’. Before Eurovision 2020’s cancellation due to Covid-19, they were one of the favourites.

In 2021 with a place guaranteed in the Pabandom Iš Naujo’s final after not being able to go to Eurovision 2020 due to its cancellation, The Roop won again the ticket to Rotterdam with ‘Discoteque’. They finished in a great 8th place in Eurovision 2021’s grand final, the second-highest position in Lithuania’s participation history.