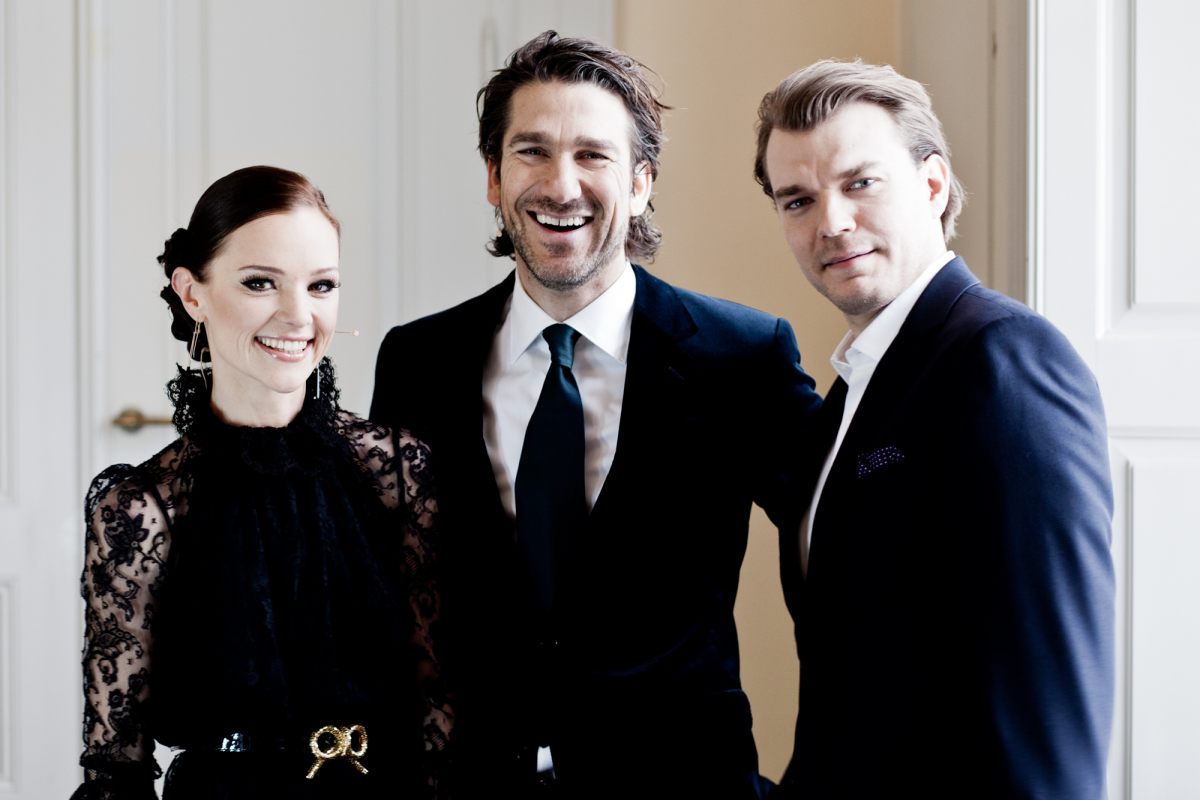 After much speculation and guessing for the last couple of months, the wait is finally over. Danish broadcaster DR has finally revealed who will host the Eurovision Song Contest 2014. Many people have wondered whether DR would choose to have 1, 2 or 3 hosts, but in the end they chose to have 3 hosts, just as was the case in 2011 in Düsseldorf, and 2012 in Baku. But as opposed to to those two years, the constelation will consist of two men and a woman.

Before the announcement, Head of Show, Jan Lagermand Lundme, told that they wanted to have one host that would seem like a classic choice and who many people would have expected, one host that will be fun and unpredictible, and one that will be empathic. It was then revealed that the chosen ones were Lise Rønne, Nikolaj Coppel and Pilou Asbæk

Lise Rønne works as host for DR and has much experience with hosting big entertainment shows, as she has hosted both the X-factor and Dansk Melodi Grand Prix in the past. Nikolaj Koppel is also a host normally working for DR, and has among other things hosted Aftenshowet, which Lise Rønne has also hosted. Pilou Asbæk is famous Danish actor, who has been in several movies and tv-series including the Danish hit show Borgen, but Eurovision will be his debut as a host.

Togeher these 3 will guide Europe through the 3 big shows on 6th, 8th and 10th May, which will be held in the B&W hallerne in Copenhagen.

Are you happy with DR’s choice?