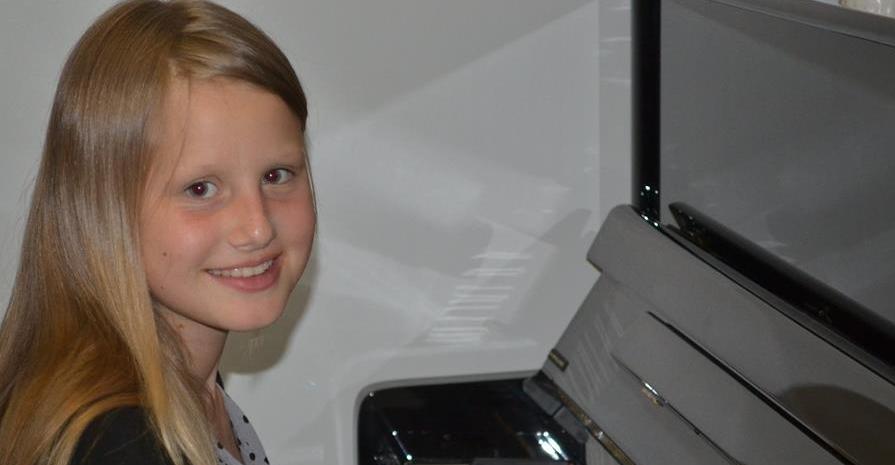 RTVSLO has just announced that 12 year-old Ula Ložar will be carrying the Slovenian flag in Malta!

Ula is from Ljubljana, plays piano, and has been studying solo singing since she was seven years old with music teacher Marjetka Vovk. Ula has taken part in many festivals, both in Slovenia and abroad – finishing second in the Slovenian elementary school contest, and fourth in the Europop competition held in Hungary. Next summer she will take part in ‘Tra la la’ festival in Bitola.

Raay Vovk, the composer of the Eurovision 2013 entry “Round and Round” and Marjetka’s husband has talked to ESC+Plus about Ula: “I am really proud of Ula and my wife Marjetka, what they have achieved in past 5 years since she started to learn singing at our “Popsing” musical education… After a while, when talents in Marjetka’s popcoach class achieve higher results and improve theirselves, Marjetka of course reminds me of potential talent to be focused on… So yeah, for the past two years I was already informed that Ula had a great potential and that I absolutely agree with that… If I am going to write the song, it would be an honour, but for now I can only say that Marjetka and Ula will be hard working to prepare her for the biggest junior contest in Europe”.

The Slovenian song for Junior Eurovision 2014 will be presented in the coming weeks.