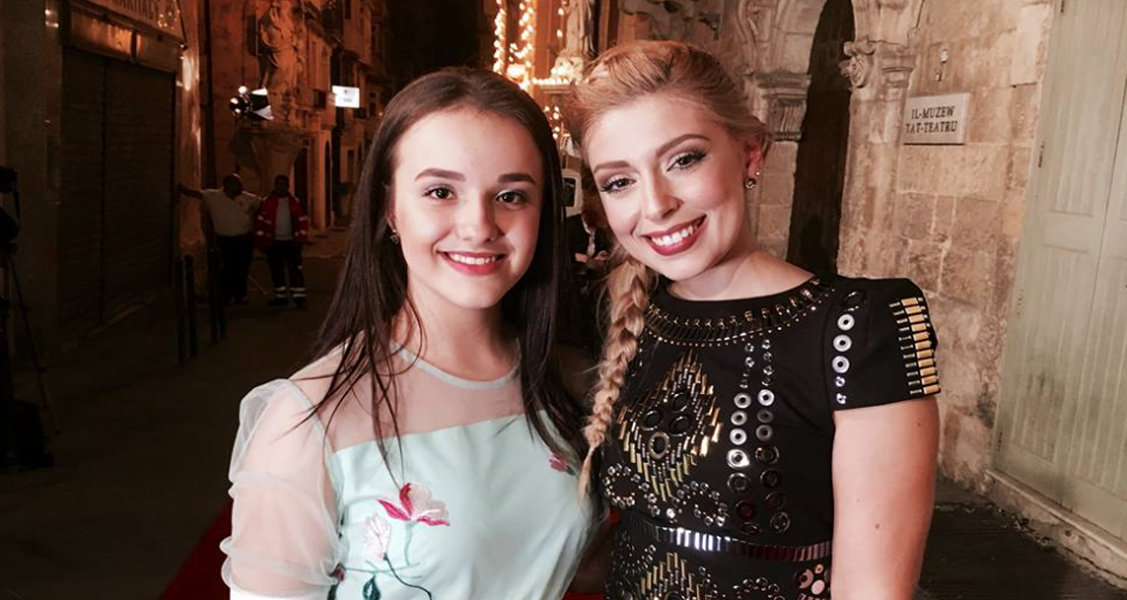 It’s the first day of rehearsals for Junior Eurovision 2016 and it’s the start of also promotion of the songs in Valletta, Malta.

Sofia Rol of Ukraine has announced a competition via her official Facebook page to win her sweatshirt that has her name, country and a heart emblem that shows her song “Planet Craves For Love”.

All you have to do is send a picture that illustrate the theme of the song that she will be performing “Planet Craves For Love”. And on Saturday she will pick the best and declare the winner. So get thinking of those photos and sending them in via Facebook.

Sofia Rol will sing her song during the show from 10th position on Sunday. And you will be able to see her rehearsal from tomorrow morning when she is due to take to the stage for the first time at around 10:40CET.