The National Public Broadcasting Company of Ukraine has revealed on their official Facebook page some details about their national selection, whose winner will represent Ukraine at the Junior Eurovision Song Contest on 25th November.

The national selection will have a professional jury composed of the following members: 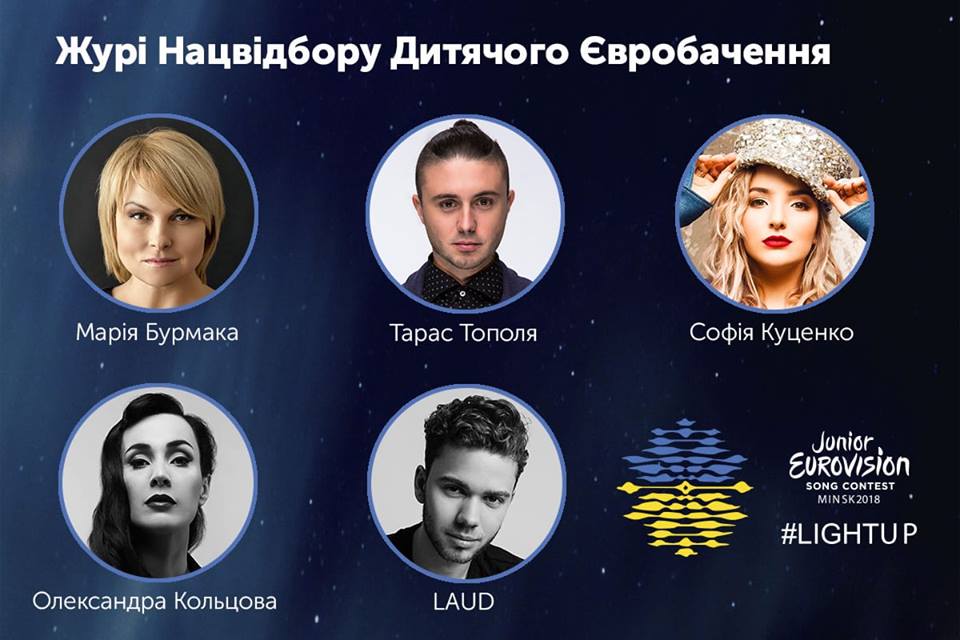 The reception of applications has been extended until August 26, 2018. The applications can be sent to the broadcaster in the form available on the official site of the project.

On August 28, 10 finalists will be announced, and they will compete online for the chance to represent Ukraine at the Junior Eurovision Song Contest 2018 in Minsk (Belarus).