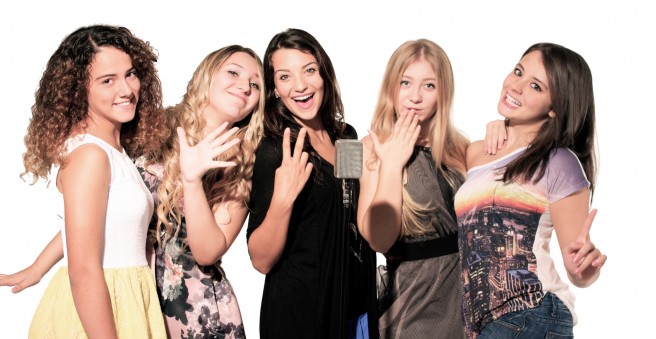 Italian magazine Sorrisi has just revealed the names of the Sanmarinese representatives for Junior Eurovision 2014!

Anita Simoncini (15 years) is the only Sanmarinese member of the girlband, Rafaella Perniola (14 years) is from Palagiano (Taranto) and she is the sister of Michele Perniola who represented San Marino at last year’s Junior Eurovision, Greta Doveri (the youngest, 14 years) comes from Pisa and she took part in the final of “Vocine Nuove” 2013; Arianna Ulivi (15 years from Forli-Cesena) and Sara Dall’Olio who took also part in the final of “Vocine Nuove 2013” (15 years from Cervia – Ravenna) complete the girlband.

All the members have taken part in the “Voicine Nuove di Castrocaro” contest which was announced yesterday as the Sanmarinese national selection for Junior Eurovision.

The girls will perform the song “Breaking my Heart” composed by themselves and Antonello Carozza (Junior Eurovision 2013 composer). Luca Medri from Khorhakanè and Chris Lapolla from Indigo Light Club will be in charge of the performance.

The song will be premiered next Monday, September 29 during a special press conference to be held in San Marino.