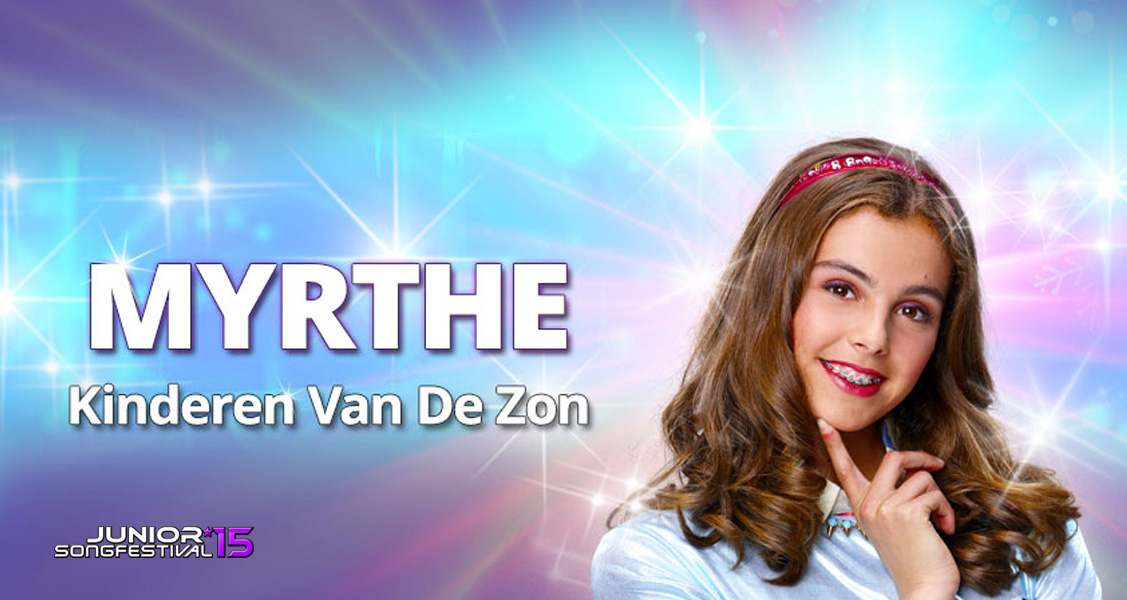 The winner of the Junior Songfestival 2015 wildcard has been revealed: Myrthe is the last chosen finalist for the grand final of the Dutch national selection!

The line-up for the final is as it follows:

Two finalists were chosen from both semi-finals by a mix of jury, senior and junior, and public televote. The winner of the wildcard has been decided by an on-line voting launched after the secon semi-final.

The grand final of Junior Songfestival 2015 will be broadcasted live next week, on October 3. The winner will represent The Netherlands at Junior Eurovision 2015 set on November 21.

Who do you want to represent The Netherlands in Sofia?