The second and last semi-final of Junior Songfestival 2015 has just ended, so we can announce that 4life & Nohr have got two of the last three tickets for the final! Anyway, there is still a chance for the non-qualifiers to be in the final, as they will bid for a special on-line wildcard which will be awarded to one of them, from both semi-finals.

The two finalists were chosen by a mix of public televote and jury (Senior and Junior).  The professional jury, made up of Gerard Joling, Yes-R and Leona Philippo, and the junior one, leaded by the last year’s winner Julia, have been in charge of deciding 2/3 of the final result. 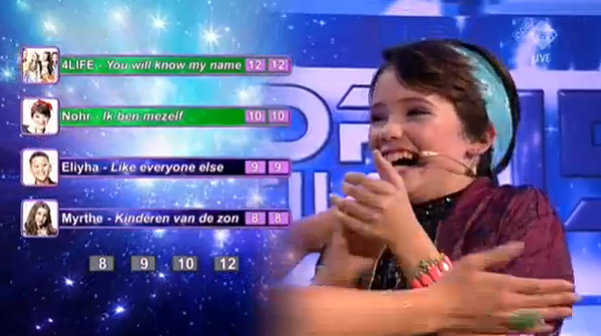 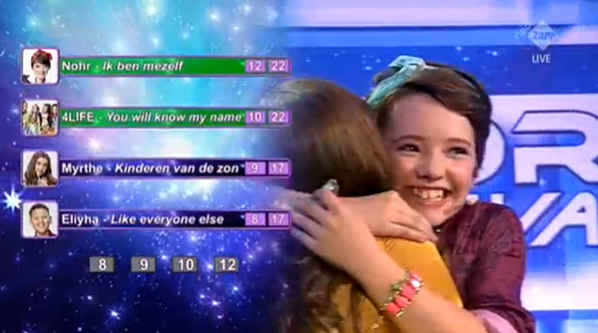 This year’s grand final show of the Junior Songfestival will take place next Saturday, October 3, with 5 acts competing for the ticket to Sofia, but who will get it? The final line-up, as we excitedly await for the wildcard to be revealed, looks as it follows:

Vote for the wildcard here.