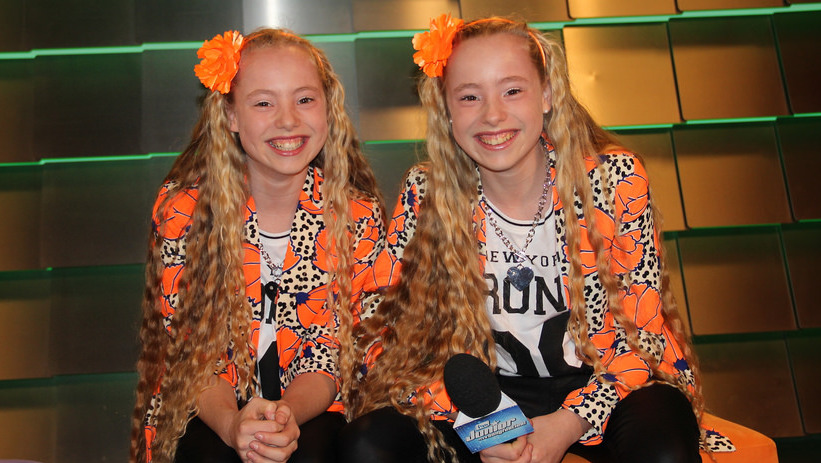 Mylène and Rosanne have announced to junioreurovision.tv they will be the Dutch spokespersons at this year’s Junior Eurovision in Malta!

The twins represented The Netherlands at Junior Eurovision 2013 with the song “Double Me” coming 8th, they will travel to Malta so as to announce the Dutch votes from the Malta’s stage.

Last year, the EBU launched a new rule as part of the format change, the spokespersons cast the votes for the first time on stage and it seems this rule will remain at this year’s competition.