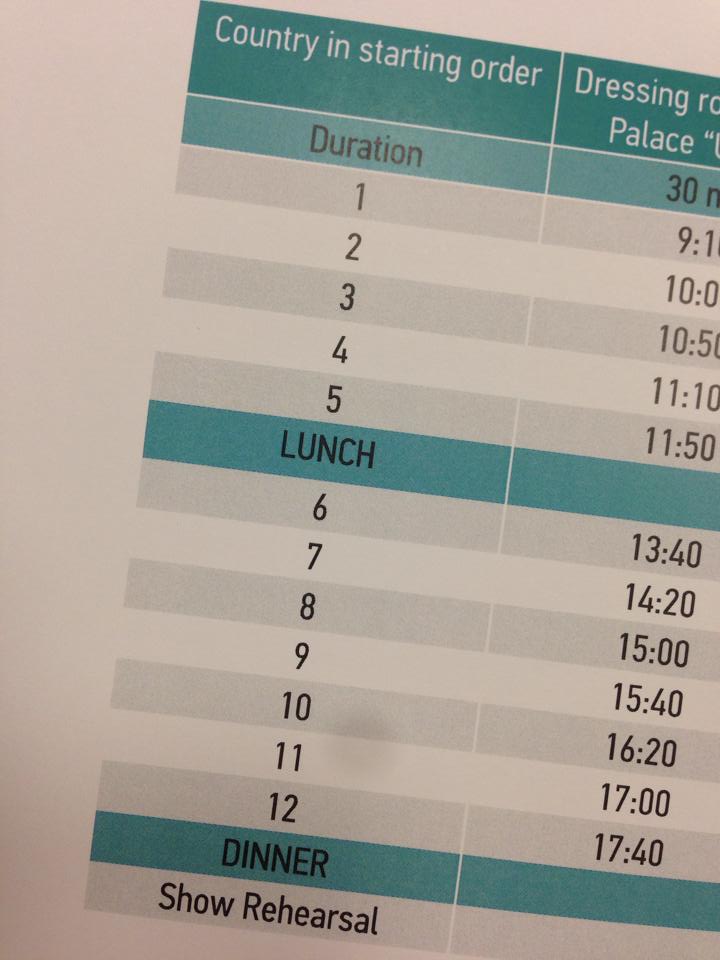 This is an extract of the Media Handbook that shows a rehearsals’ timetable, there are 12 countries on the list but EBU doesn’t dismiss the possibility of more countries joining. 9 countries have already confirmed participation: Malta, Armenia, Sweden, The Netherlands, Ukraine, Russia, FYR Macedonia, Belarus and Georgia. Moldova and Israel are expected to confirm the next days and the full list of participants will be revealed during this week despite the fact EBU will be accepting more countries.

The official logo design has also been laked from that meeting:

As we know, the motto will be “Be Creative” so the official logo will have the appearance of a colourful jigsaw puzzle.