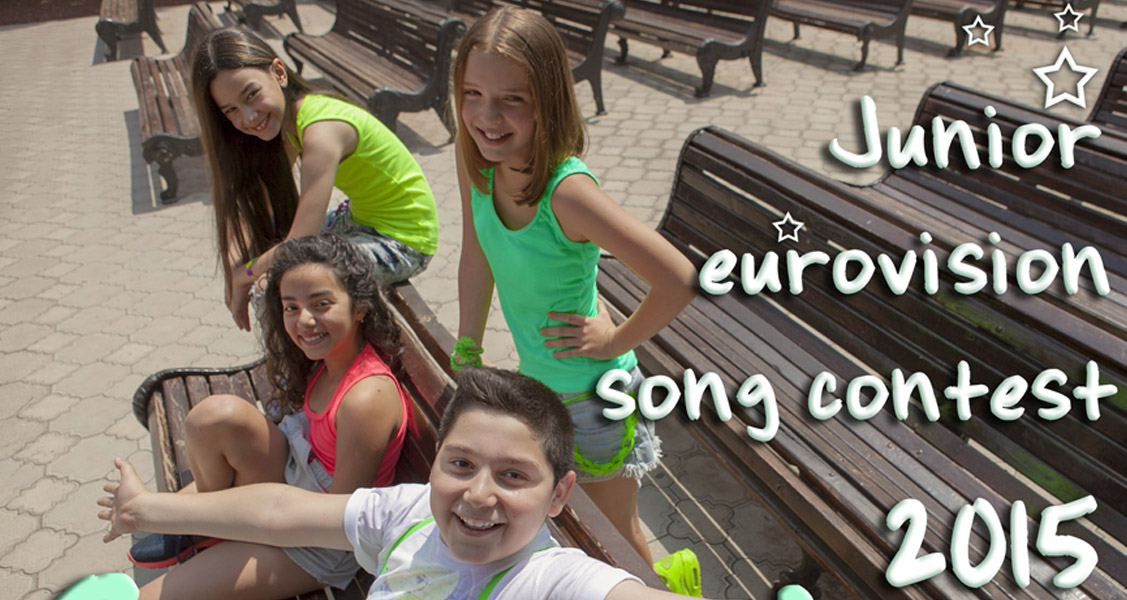 GPB has announced the names of their Junior Eurovision 2015 representatives. A quartet, formed by Elene Kejrishvili, Lizi Tavberidze, Tako Gagnidze and Data Pavliashvili, will be waving the Georgian flag in Sofia!

The Georgian Public Broadcaster has opted for an internal selection once more time choosing voices from BzikebiStudio:

Elene Kejrishvili (10 years): Born in Tbilisi, she is a student of BzikebiStudio since 2010. Elene loves swimming, Hip-Hop Dance and she usually takes part in Charity events. Her greatest dream is to create her own charity foundation.

Lizi Tavberidze (12 years): She was born in Tbilisi and has been singing with BzikebiStudio since she was only 6 years old. Lizi’s hobbies are singing, dancing, painting, playing football, skiing and skateboard. She wants to become professional singer and fashion model.

Tako Gagnidze (11 years): Tako is a young singer, dancer and fashion model from Tbilisi. At the age of 6, she won a fashion competition becoming princess of the year. She studied at BzikebiStudio in 2013 and a year later entered a dance group called “Erula-In”. Tako loves, painting, singing, swimming, dancing and playing football.

Dato Pavliashvili (11 years): He is the only boy of the group and entered BzikebiStudio last year. Born in Tbilisi, his hobbies are swimming and playing football.

The song will be presented in September and it is expected to be composed by Giga Kukhianidze, composer of the last Georgian entries.