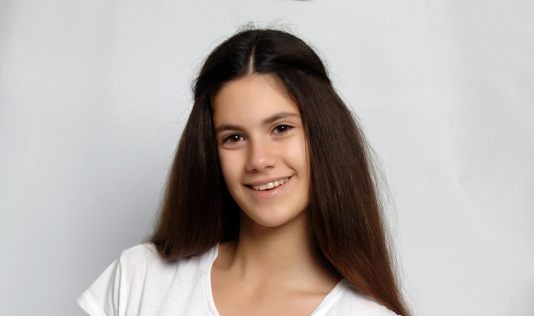 Barbara’s song for Junior Eurovision 2013 is called “Ohrid i muzika” which means, simply, “Ohrid and music”.

The song, written by Barbara herself, is all about an excursion to Ohrid – a city in the south west of the FYR Macedonia most famous for its lake and beautiful scenery. Whilst on the excursion, Barbara falls in love with a Dutch boy. It is this story that Barbara will tell in a party atmosphere on stage, joined by two female dancers.

FYR Macedonia confirmed participation some days ago, they are back to the competition after a gap year. Macedonian broadcaster has taken part at Junior Eurovision since 2003 with a total of nine participations behind.

The song will be presented in the coming days, so stay tuned!