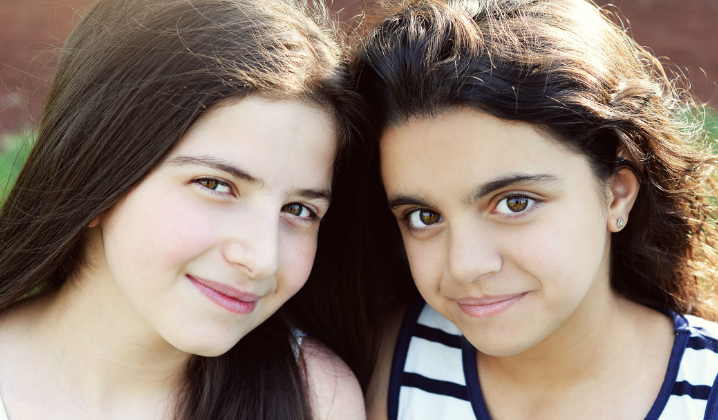 Armenia has decided their representatives for the upcoming edition of Junior Eurovision!

The Armenian Public Broadcaster has gone internally once again selecting Anahit Adamyan and Mary Vardanyan, who will sing as a duo on the stage of Junior Eurovision 2016.

Despite the fact that she was born in Sochi (Russia), she has a very strong connection to her motherland – Armenia. Anahit has been singing since she was a little child. As a professional, she started her career in 2013, when she participated in Russia’s “The Voice: Kids” and composer Igor Krutoy’s “Battle of talents” music competitions. Anahit has been watching JESC for many years. She is a big fan, and it was always her dream to sing on the big european stage. “I’m very honoured and happy to be given a chance to represent Armenia at this year’s Junior Eurovision! I can’t wait to share the stage with Mary. I’m sure we are going to have a blast!” – says Anahit.

Mary was born in Vardenis, Armenia. In 2011 she started her studies at the “Do – Re – Mi” vocal school and since then has participated in numerous music competitions and festivals, both in Armenia and abroad. In 2015 she took the grand prix in “Renaissance” international music festival. “I’ve always dreamed of singing in the Junior Eurovision Song Contest. I can’t believe that my dream is finally coming true! I’m very excited, and I promise that me and Anahit are going to do our best to impress everyone this November!” – says Mary.

The song Anahit and Mary will be performing at Junior Eurovision will be presented in autumn. In the meantime, you can listen to some covers by the girls below:

Armenia has taken part at Junior Eurovision ever since 2007 achieving very successful results. Moreover, the country is the only one owning two trophies, 3rd and 2nd, after the introduction of the Top-3 prizes in 2014. The Armenian best result came in 2010 with the victory of Vladimir Arzumanyan and the song “Mama”.

What do you think about the Armenian choice?