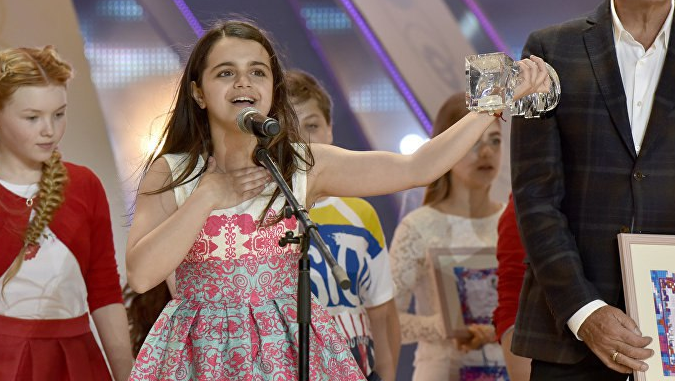 Anahit Adamyan, who represented Armenia at Junior Eurovision 2016 in a duet with Mary Vardanyan, is the new winner of the singing competition for children New Wave Junior. The Armenian former representative was crowned the first prize yesterday, sharing the top place with the Russian singer Arina Petrova.

Unlike previous years, New Wave Junior has taken place earlier this year, from May 30 to June 1, in Crimea’s Artek Children Camp. Tomorrow, the same place will see the Russian final for Junior Eurovision happen as both events are organised by the Igor Krutoy‘s Academy. New Wave Junior 2017 will be broadcast on TV on June 10 and 17, while the Russian national final will air on Sunday.

Anahit and Mary reached the second place for Armenia at the last year’s Junior Eurovision with the song “Tarber” (Different):