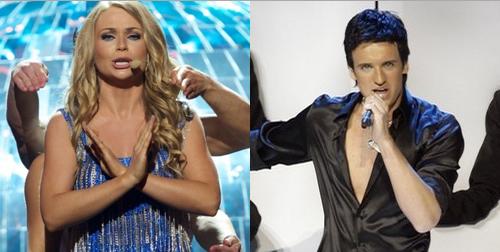 BTRC has announced that the Eurovision representatives Alyona Lanskaya and Dmitry Koldun will be hosting Belarusian national final for Junior Eurovision 2013.

Alena and Dmitry will also perform their popular songs for the guests of the studio and TV viewers”, informed the spokesperson of Belteleradiocompany Svetlana Smolonskaya-Kraskovskaya.  She also added that all the contestants are strong this year and there is no single leader. All the finalists have support groups and fans. All of them are big fans actively interacting in social networks.

Dmity also composed and sang his song “A Day Without War” at Junior Eurovision 2010 in Minsk together with all participants:

The show will take place on October 4 and will be broadcasted live in the live air on TV channels Belarus 1 and international satellite TV channels Belarus 24. The winner of the final, who will represent Belarus at Junior Eurovision 2013 in November in Kiev, will be selected among 10 entrants by the vote of the jury and the audience.

Some finalists’ studio versions can be found here.