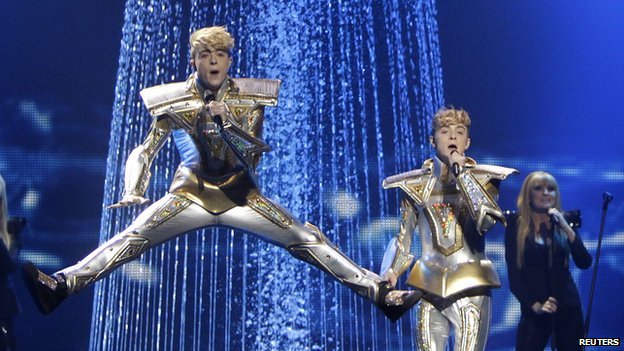 Who may consider entering the Eurovision Song Contest after BBC’s announcement on running an open and public process this year? We got the first name, take a look at the following information!

Irish journal The Sun reports that the popular twins John and Edward, who got the represent Ireland two years in-a-row, in 2011 and 2012, coming 8th and 19th respectively, are ready to participate in the contest again, but this time for the United Kingdom.

Edward told the Irish Sun: “We’re definitely up for it. We see this as the most fantastic opportunity. But this time, we are in it to win it.” John said: “We know we are already popular in Eurovision and will have support across Britain to represent the UK because of the fan base we got in X Factor.”

Currently in the US recording new material, the Lucan lads now plan to jet over to the UK later this month to begin work on their third Eurovision bid. The plan for them is to follow, in some way, Katrina & The Waves’ footsteps who hit the top of the charts in 1985 with their ‘Walking On Sunshine’ and 12 years later, eventually winning the contest with another international hit ‘Love Shine A Light’.

Last time, they went on Eurovision, was 2 years ago in Copenhagen as special guests.

Would you like to see Jedward in Eurovision again? They hope you do.