NERIT in collaboration with MAD TV will once again produce the Greek national final in charge of picking the artist representing the country at this year’s Eurovision Song Contest in Vienna.

These are the 5 candidates willing to perform in Vienna for Greece:

She entered the Greek national final in 2013 with ‘One Last Kiss’, whose main style when it comes to sing has been about jazz, soul and funk.

Although she was born in Cyprus but won the first series of the popular talent show, The Voice of Greece. María Elena Kyriacou has been singing in several concerts, charity events and theater plays in Cyprus and Greece.

He was born in Russia and his family has been dedicated to music for a long time. He’s been combining pop, soul, rock, hip-hop and electronica.

It’s one of the most established bands in the Greek music scene, “It’s our first time on this opportunity and we are so excited. We feel it is the right time to take it. We can not reveal a lot about the song but surely you will hear something very strong and full of surprises”, they stated to MAD TV. They have collaborated with international artists such as Oceana as well as touring around Asia or more countries in Europe.

Shaya has been present as a solo artist since 2008. She has received many awards and nominations, while she collaborated with Mark F Angelo (Greek NF 2014 and memeber of the Greek jury last year) for the song “Far From Everything”. 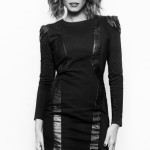 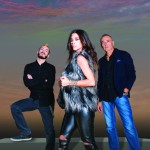 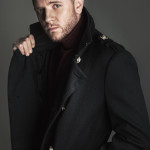 A press-conference later this month will be convened to publish and reveal the competing songs. The show is taking place on March 4th with Meri Sinatsaki hosting along with another member who has not been announced yet after Doretta Papadimitriou declined due to agreement with another company. The venue will be also announced in coming days.

Stay tuned for more news about the Greek participation and their national final at this year’s Eurovision Song Contest.